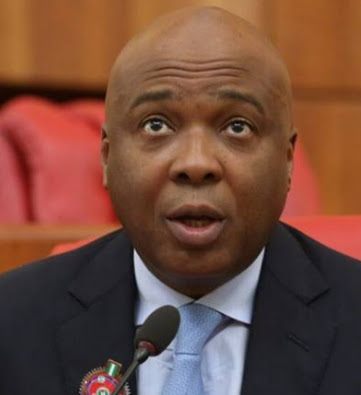 Senate President Bukola Saraki on Thursday disappointed many Nigerians who had thought that he was going to come clean on the controversy surrounding the salaries and allowances of senators.

Yesterday’s meeting with representatives of the Socio-Economic Rights and Accountability Project (SERAP) provided a rare opportunity for him to redeem his battered image of being linked with corruption at every turn, but alas! Saraki bungled it by failing to provide specific details on his salary and that of his colleagues in the red chamber.

SERAP on Friday confirmed that its representatives met with Saraki yesterday to discuss issues relating to details of annual salaries and allowances of lawmakers but that Saraki refused to provide details of salaries and allowances earned by senators, rather he referred them to the National Assembly website which contained vague information on the senators’ emoluments.

Speaking on the meeting with Saraki, Timothy Adewale, SERAP deputy director, stated: “While we appreciate the expressed commitment by Saraki to transparency and accountability of the National Assembly, and the rare opportunity to dialogue with him, we remain deeply concerned that the leadership of the Senate has unfortunately not satisfactorily addressed the damaging allegations by Professor Itse Sagay, Chairman Presidential Advisory Committee against Corruption (PACAC), that a Nigerian Senator gets N29 million in monthly pay, and over N3 billion a year.”

According to the organization, “There is an apparent discrepancy in some areas between what Saraki said at the meeting and what the Senate is doing in practice to improve transparency of its operations and accountability of members. For example, the Senate President’s response to Sagay’s allegations was simply to refer SERAP to the National Assembly budget for 2017, which is available on its website. However, a careful study of the document shows that it contains only some general information and not specific details that respond directly to allegations raised by Sagay.”

The statement read in part: “The meeting with Saraki raises more questions than it answers. The Senate budget on its website is incomplete. The absence of specific details on salaries and allowances of each senator not only makes analysis difficult, it also points to underlying weaknesses in monitoring and transparency mechanisms.”

“Without including some level of details, Nigerians may see the published National Assembly budget as nothing more than window-dressing. SERAP hopes that the leadership of the Senate doesn’t want this to be the case—and we certainly see no reason why it should be the case. As we have noted, improved transparency on the exact salaries and allowances of senators and indeed members of the House of Representatives is in the interests of all.

“In SERAP’s view, rather than referring us to the seemingly incomplete National Assembly budget, the Senate President should have provided a line-by-line response to Sagay’s allegations. It’s important that the leadership of the Senate provides additional information that is lacking from the published budget if it is ever going to satisfactorily clear the air on the issues.”

“Continuing failure and/or refusal to provide a line-by-line response to Sagay’s allegations is counter-productive. Although the issues of transparency in the salaries and allowances of members of the National Assembly may seem like sensitive issues, they are exactly the kind of issues the Senate and House Representatives need to urgently address and clarify if Nigerians are ever to trust their lawmakers.”

“As the 2017 National Assembly budget does not appear to record all allowances received by senators, it’s in the best interest of the Senate to now publish a line-by-line response to Sagay’s allegations rather than simply providing a blanket denial. If the Senate is disputing Sagay’s figures on the salaries and allowances of its members it should at least provide what it considers to be the current amounts, including on ‘hardship allowance’. One way the Senate can do this is by moving swiftly to publish details of senators’ payslips and other relevant documents on the salaries and allowances of members for Nigerians to compare and judge.”

“Further, the Senate President’s call on Nigerians to report to the Senate allegations of corruption that directly affect them or which they witness, is warmly welcomed. We hope the Senate will keep to its promise on this, and that reports of corruption cases that Nigerians bring to it will be objectively, fairly and effectively addressed and that any such process is completely transparent. However, citizens may not have the trust and confidence to embrace the Senate Anti-Corruption Reporting Mechanism until the leadership satisfactorily addresses the lingering doubts on the exact salaries and allowances of its members.”

“The National Assembly is in a uniquely strong position to act as a catalyst in the fight against corruption. But the rhetoric of the leadership of the Senate on transparency and accountability needs to be matched by reality.”

It would be recalled that Mr Bamikole Omishore, the Special Adviser to Saraki on New Media, had said on Sunday in Abuja that he would contact SERAP and other CSOs for a meeting to give more details on the yearly earnings of senators. Omishore said, “The attention of the office of the President of the Senate has been drawn to demand for more details regarding the earnings of senators of the Federal Republic of Nigeria. Having released the breakdown of the National Assembly budget, the most comprehensive in the history of Nigerian Senate, it seems the release of pay slips is yet to clarify earnings of Nigerian senators.

“The Senate President has agreed to a roundtable with SERAP and other CSOs to enlighten them and answer genuine questions regarding the matter,” Mr. Omishore also said.

Sagay’s allegations prompted SERAP to write Saraki, stating that, “The ‘sky will not fall’ if details of a Nigerian Senator’s salaries and allowances are published on a dedicated website. SERAP believes that releasing the information on salaries and allowances of members of the Senate would encourage a nuanced, evidence-based public debate on what would or should be a fair salary for a member of the Senate.”