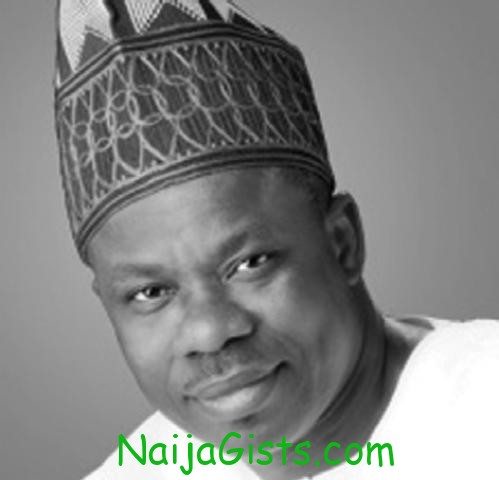 In Abeokuta, strong indication emerged, yesterday, that Ogun State Governor, Senator Ibikunle Amosun, might dethrone the Alakene of Ikenne, Oba Adeyinka Onakade, who was installed at the twilight of the administration of his predecessor,Otunba Gbenga Daniel. naijagists.com

According to Vanguard report, Gov. Amosun, who gave the hint during an official visit to Ikenne Local Government Area as part of his statewide tour, said various petitions had flooded his table on the Obaship tussle.

It will be recalled that, Ikenne, the hometown of the late sage, Chief Obafemi Awolowo, was engulfed in crisis last December when some people demanded the removal of the traditional ruler.

The Remo town has been enmeshed in protracted tussle over the nomination of candidates for the royal stool since the last Alakenne joined his ancestors in 1984.

Vanguard learnt that the embattled monarch is believed to be the choice of the Awolowo matriarch, Chief Hannah Idowu Awolowo.

Addressing the gathering, Amosun pledged that the state government would not interfere in the selection process of any Oba,saying, his administration only wants justice, equity and fairness to prevail.

Amosun, however , charged the elders and major stakeholders in Ikenne to be united in ensuring the quick installation of a new Alakenne of Ikenne.

He said: “Various petitions have flooded my table on the Obaship tussle, but I promised that the state government would not take side and would do the needful to ensure that the matter is resolved among warring factions without resulting to litigations.

“As a prince of the Owu kingdom, I would not in anyway discredit the traditional institutions by unnecessarily interfering in the process of filling the stool which has been vacant for the past nine years.”

Amosun, however, used the occasion to deny rumour and speculation that his administration has renamed Tai Solarin College of Education,TASCE, saying such would be a great disservice to the memory of late Dr. Tai Solarin, who according to him, had contributed a lot to the development of the state, especially on education.