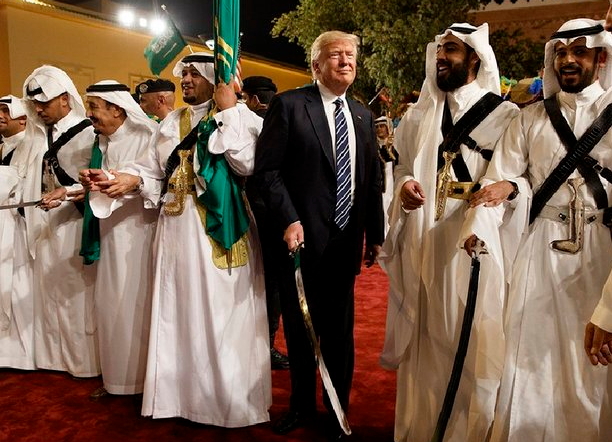 President Donald Trump’s use of a Saudi Arabian setting to lash out at Iran for spreading “destruction and chaos” throughout the region shows a lack of knowledge about Saudi foreign policy, charged Iran in a series of sarcastic tweets on Monday.

“Of all places, the U.S. president uses this bastion of democracy and moderation to attack Iran shortly after its democratic election,” noted Iranian Foreign Minister Mohammad Javad Zarif on the microblogging site.

“We don’t draw our stability from alliances [with world powers], but with elections,” he added. That’s not the case in many countries, such as Saudi Arabia, he went on.

Iran and Saudi Arabia are fighting multiple proxy wars in the Middle East, most notably in Yemen and Syria.

In both cases, the U.S. sides with Saudi Arabia.

At the same time, US and Iranian forces are both backing the government in Iraq against Islamic State militants.

Speaking before Arab leaders in Riyadh on Sunday, Trump urged unity in efforts to control the spread of Iranian influence.

“From Lebanon to Iraq to Yemen, Iran funds, arms, and trains terrorists, militias, and other extremist groups that spread destruction and chaos across the region, Trump said.

“All nations of conscience must work together to isolate Iran,” said Trump, striking a confrontational stance toward Tehran that had been avoided by his White House predecessor, Barack Obama.

Zarif, in his response, noted that Saudi Arabia signed a major military deal with the US during Trump’s visit.

Saudi Arabian forces have been accused of using excessive force during the fight to oust rebel forces in Yemen.

He also used his series of tweets to accuse Trump of “milking” the Saudis with the new weapons deal.