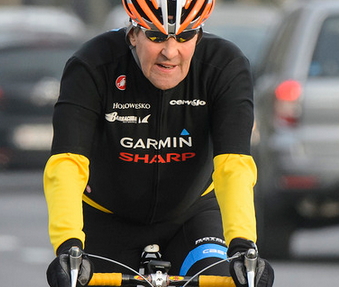 US Secretary of State, John Kerry, was on Sunday in Geneva flown to a hospital with a broken leg following a bicycle accident in the French Alps.

The spokesman at the US mission in Geneva disclosed that the secretary had broken his leg.

Kerry’s Spokesman, John Kirby, also confirmed that 71-year old Kerry was taken by helicopter to Geneva University Hospital, where he was conscious and in stable condition with a leg injury.

He said the accident occurred in Scionzier, a town near the border with Switzerland, around 9:40 a.m.

Kirby said the secretary was attended to by a physician and paramedics travelling in his motorcade.

Kerry had conducted talks on Saturday in Geneva with Iranian Foreign Minister, Mohammad Javad Zarif, as part of ongoing efforts to forge a comprehensive agreement about Tehran’s disputed nuclear programme ahead of a June 30 deadline.

He had been due to fly to Madrid later on Sunday to meet with Prime Minister Mariano Rajoy and King Felipe VI. on Tuesday.

Kerry was also scheduled to travel to Paris to hold talks with counterparts from the countries participating in the military coalition targeting the Islamic State group in Iraq and Syria.