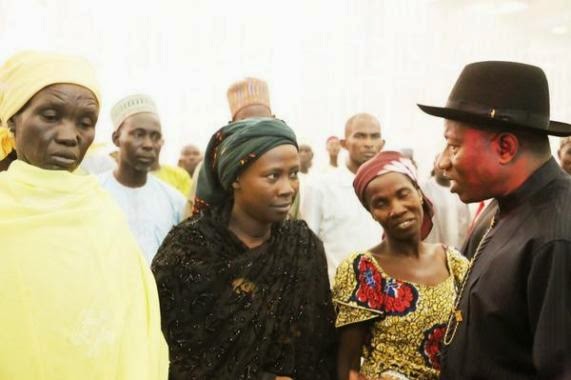 The greatest character flaw of Nigerian politicians is that they always think there would be no tomorrow. Similarly, they fail to grasp that nothing flies like time. And that no condition is permanent.
Former President Olusegun Obasanjo was the worst student in the under-estimation of how times fly. So when his eight years at Aso Rock flew away like a rocket, he resorted to illegal means in his evil bid to extend his tenure as president. Even if he had succeeded, he would still not have been president today.

Obasanjo’s parting gift to Nigeria was President Goodluck Jonathan. Unfortunately, he, like his benefactor, failed to realize that one of the certainties of life is that tomorrow will dawn. At the midnight of his presidency, he has also figured out that he has not used his time maximally, as president of the Republic, to serve the interest of ordinary Nigerians, who entrusted him with leadership.

In Nigeria of my time, Jonathan is the only man that ascended the presidency on popular acclamation. Nigerians connected massively with his humility then and the touching story of his shoeless childhood. More than ever in the history of our nation, the commonplace people had genuinely hoped for a new beginning and a new Nigeria, where they could pursue a dignified life, as citizens of a major oil exporter.

The saddest thing about Nigeria is that it is the only country, where the citizens needlessly suffer in the midst of plenty, due to the treacherous callousness of the ruling class.

Jonathan had promised to end that in his promise of “a breadth of fresh air.” It resonated well and the people trusted that he will change once and for all the way business is done at the top of government.

Unfortunately, once he secured power, he turned his coat and began to serve only the interest of the rich. Naturally, Nigerians got disappointed – this writer as well.

As another political tomorrow is about to dawn and because Jonathan failed to see tomorrow, he is now desperately doing everything to win back the minds of estranged Nigerian voters.

Normally, no serious president could have the effrontery to ask the electorate for reelection when over 200 Nigerian girls remain unaccounted for. The Chibok school girls continue to languish in the captivity of Boko Haram. This is why Jonathan is doing all within his means, including secretly negotiating with Boko Haram without telling Nigerians, to secure the release of those girls and also to improve on the security situation in the country.

In his almost six years presidency, nothing has given him sleepless nights like the abduction of the Chibok girls. He is quite aware that it will go a long way in defining his days as president.

If he had done the right things; changed Nigeria as he had promised and served the interest of the people, as he should have done, things would have been different. His political life would not have depended on the Chibok outcome.

The truth remains that this president cannot be blamed for Boko Haram. Before Jonathan, there was Boko Haram. However, if the security situation in the country is anything to go by, Boko Haram, which was once a toothless bulldog, has turned into a monster of mass destruction under his watch.

Jonathan could certainly be blamed for not taking drastic and decisive measures to check the growth of the terror group.

At the twilight of his first tenure in office, there is nothing memorable he has given to Nigerians or the nation. Jonathan failed on his promise. After six years, there is still no light, water, good roads. Unemployment, especially among the Youth, has worsened. In fact, young Nigerians of the future generation died while scampering for an unattractive Immigration job they never would have gotten any way.

The disappointment about Jonathan’s presidency is widespread and intense. But somehow he thinks that Nigerians could forget and forgive him if he brought back the Chibok girls alive and if he ended the Boko Haram insurgency.

It was pitiable to watch the government declare a unilateral ceasefire, which collapsed within hours as an unimpressed Boko Haram ransacked another village in the North East. If two parties have been at war, one party can not hurriedly mount the platform to announce a ceasefire without the presence and expression of consent of the other party.

It shows the helplessness of our military in confronting Boko Haram, which they had once boasted to crush. The group are now being begged to embrace peace (because election is dangerously lurking).

It further underlines the desperation of this government to secure a closure to the Chibok national embarrassment before the elections in January.

As the military announced the unilateral ceasefire, Nigerians were also told that the Chibok girls are on their way back home. As I write, that has not happened. Therefore, if Jonathan wanted to turn the untold ordeal of those girls into a political gain, his calculations must have backfired.

I will leave it to Nigerians to reach the decision if they could trust Jonathan again, should he secure the release of the #BringBackOurGirls victims.

But if the girls are eventually freed, they would not be coming back the same girls who went into captivity. Their lives would surely never be the same again. So, it is certainly a wrong premise for Jonathan to anchor his reelection bid. His greatest undoing is that he failed to realize that his time as president and commander-in-chief is limited. Jonathan, like all others before him, failed to see and think about tomorrow.