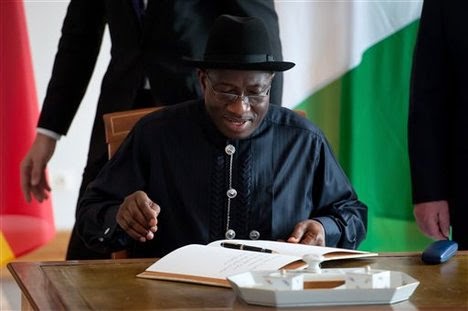 Mohammed is famously known as one of the beneficiaries of the infamous £8.6 billion Siemens international bribery scandal that spanned several countries and embarrassed Nigeria, while Mairago, who has been nominated to represent Kaduna, was the executive director of the Petroleum Technology Development Fund (PTDF). He was arrested and detained by the EFCC for close to one year over his fraudulent activities in the PTDF.

Mr. Mohammed has previously been Minister for Communication. Recently, he was also the deputy chair of Mr. Jonathan’s party, the People’s Democratic Party (PDP).

In the Siemens scandal, several other Nigerian officials besides Mohammed were named by Reinhard Siekaczek, who faced charges of bribery in a Munich court in 2007. Others named include Tajudeen Olanrewaju, Cornelius Adebayo, Alhaji Elewi , and Professor Jibril Aminu, a former Minister of Petroleum Resources who went on to become a PDP Senator.

The Economic and Financial Crimes Commission (EFCC) did investigate the scandal as the former Ministers reportedly admitted to taking the cash payments from Siemens.

Jonathan’s nomination of tainted officials to high office is an important early signal either of weakness, or of readiness to betray the promises he made to voters as he campaigned for office, or both. On almost every campaign stop, he promised to engage in the “transformation” of Nigeria, including combating corruption.

For that purpose, some Nigerians claimed to have voted for him but not his party, the PDP, which they said they loathed.

Continue Reading
You may also like...
Related Topics:convicts, jonathan, reelection