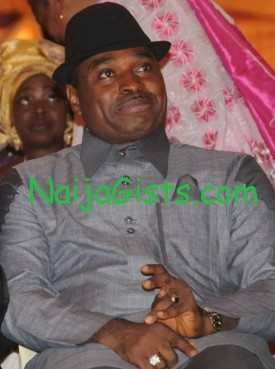 Nollywood veteran actor, Kenneth Okonkwo is thanking God as he adds another year to his already successful years on earth. naijagists.com

Kenneth Okonkwo celebrated his 44th birthday with family and friends on Tuesday Nov 6, 2012.

He was born Kenneth Arinzechukwu Okonkwo in Nsukka, Enugu State Nigeria on the 6th of November, 1968.

He graduated from the University of Nsukka with a degree in management before moving on to UNILAG to study International Law and Diplomacy.

The actor who claimed he hates aggression has been married twice with two children.

He joined Nollywood movie industry in 1992 with his first movie Living in Bondage.

Since then, he has been featured in other interesting movies that delighted his fans worldwide.