Fuji and Juju music genres are not as popular as their hip hop and Afro-pop counterparts in Nigeria. Nevertheless, a good number of Fuji and Juju singers have made their marks in the music industry. And many of them have amassed wealth for themselves in the process. In this article, we will be bringing you a summary of the top 10 richest Fuji and Juju musicians in Nigeria and their estimated net worth.

Fuji and Juju are different genres of music. However, they have one obvious similarity, which is their indigenous – Yoruba-themed- style of music. Today, Fuji musicians are more popular (and wealthier) than their Juju counterparts, unlike in the past when Juju music reigned supreme. However, there are still a handful of highly influential and wealthy Juju musicians in Nigeria.

In this piece, we bring you a combined list of the top 10 richest Fuji and Juju musicians in Nigeria.

Remi Aluko is a prominent name in the Fuji music scene, and he was, during his heyday, one of the most sought-after and highest earning musicians in the country. Aside music, he was also fairly active in the Yoruba scene of Nollywood, having made a number of movie appearances over the years.

The Fuji singer has been involved in several controversies over the past 5 years or thereabout. At a time, he was rumoured to have been involved in a phone theft case; a rumour that was later dispelled as untrue. 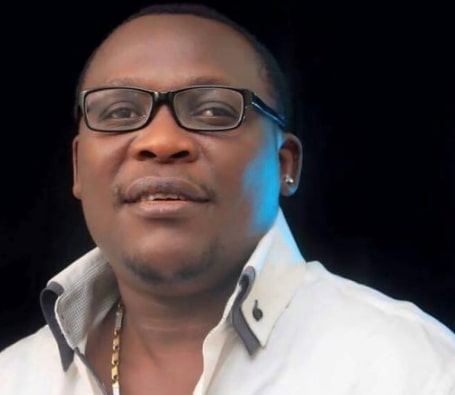 Not much is known about the investments and earnings of the Fuji musician. However, he is widely regarded as one of the richest Fuji musicians today. He has been roughly estimated to be worth in the region of $200,000 (about 70 million Naira).

The legendary Juju icon, Shina Peters, was one of the most revered entertainers in the 1980s and 1990s. Sir Shina Peters set up his band in the late 1980s, and together, they took the Nigerian music scene by storm, with the release of their debut album titled Ace. The legendary singer has a total of 16 albums to his name, with the most recent one being D One 4 Me (released in 2012).

Sir Shina Peters, during heyday, was one of the highest paid music artistes in the country. In fact, it was reported that, he bought a mansion worth 20 million Naira in 1990, which, today, would have cost well over one hundred million Naira. During this period, the iconic singer lived a lavish lifestyle, which reportedly ran him down financially.

Nevertheless, despite the run down in his wealth, which was brought about by his flashy lifestyle, he has been able to maintain a decently luxurious lifestyle till today.

Adewale Ayuba is one of the most respected Fuji musicians in Nigeria. He is loved by many, not only for his music, but also for his tranquil, drama-free, lifestyle. His music is characterized by a distinctive lyrical style, which is often thought-provoking.

The popular Fuji musician is one of the oldest artistes in the game. He started his career since way back in the early 1980s, with the launch of his debut album titled Ibeere. Since then, he has earned himself several accolades and recognition from home and abroad. 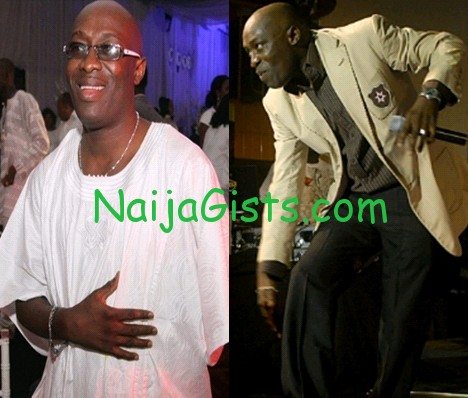 The veteran Fuji musician reportedly has a net worth, which is valued in the region of $1 (about 360 million Naira).

Sulaiman Alao, who is popularly called Malaika, is another top-rated Fuji musician, who has managed to earn hundreds of millions of Naira over the course of his career. He started his music career over 20 years ago, and he has made his mark in the “Fuji world” during this period. 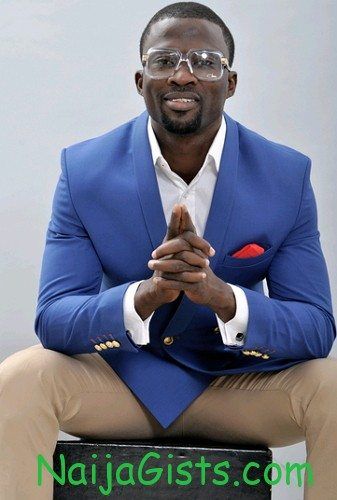 Malaika is one of the few Fuji musicians with ambassadorial/sponsorship deals. He has been endorsed (in multimillion Naira deals) by prominent multinational brands, notably Tecno, as well as indigenous firms like Sherfex Ltd among others.

Sulaiman Alao Malaika is estimated to be worth in the region of $1.2 million (roughly 430 million).

The name – Ayinla Kollington – would surely reignite the memory of the late Fuji icon – Barrister. The duo enjoyed a healthy rivalry, similar to that of Pasuma and Osupa. Kollington is, today, the oldest and most respected Fuji musician alive.

Alhaji Ayinla Kollington earned himself national and international recognition during his heyday. And he made a lot of money in the process. Today, he is silently enjoying his retirement. 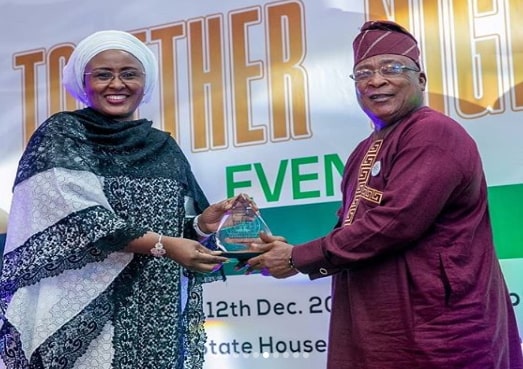 The total number of properties owned by the veteran Fuji musician is not known to the public. However, he is rumoured to be the proud owner of quite a number of houses and businesses in the country.

General Kollington has an estimated net worth of $1.2 million (roughly 430 million Naira).

You can’t speak of Fuji music without mentioning the name “Saidi Osupa”. The popular Fuji musician shares a fiery rivalry with Pasuma, in a tense duel that has stretched for about two decades now. Saidi Osupa has over 20 studio albums under his belt, and he is not stopping anytime soon. 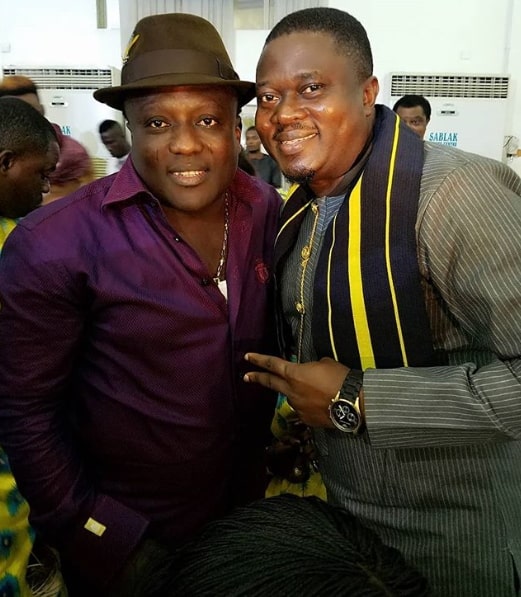 Like many of his colleagues, Saidi Osupa has an unknown number of businesses and properties within and outside the city of Lagos. Also, he has a number of movie appearances, as well as several hip hop features under his belt.

Saheed Osupa, according to recent estimates, is worth over $1.6 million (roughly 540 million Naira).

The “indomie generation” might not know this man, but an average middle-aged Yoruba man obviously knows “Oko omoge”, whose music was notorious for its vulgarity and lousiness. In fact, his first hit studio album was titled Vulgar. However, his first ever album was titled Introduction. 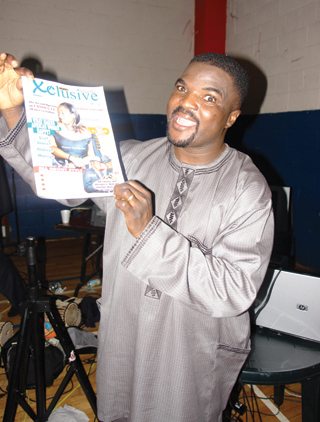 Obesere, whose real name is Alhaji Abbass Akande, also made several lucrative appearances in the Yoruba scene of Nollywood. At a time, he was widely regarded as the wealthiest musician in, not only the Fuji music scene, but the entire music industry in Nigeria.

Obesere has numerous investments and properties in Lagos, and this has always been his fall back (retirement) plan. Today, he is worth in the region of $1.8 million.

In the days of Juju music (during the second-half of the 20th century), Sunny Ade was (and still remains) one of the most revered music artistes in Nigeria. The music legend was the pacesetter, who led the band of Juju music in Nigeria during this period, and in the process, amassed for himself a sizable amount of money. Although the legend lives on, he performs sparely these days, which is expected of someone his age. 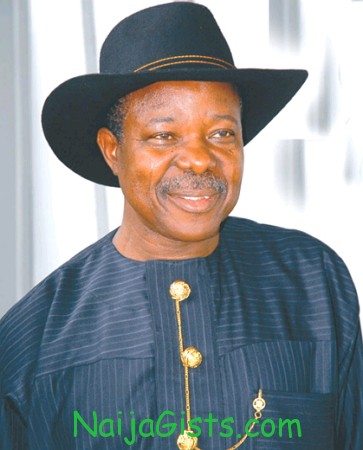 King Sunny Ade, during his heyday, was one of the most sought-after musicians in Nigeria, especially in Yorubaland. He was the ultimate choice of entertainment (star entertainer) in virtually all prominent national and local (Yoruba) events during his time.

Aside his musical exploits, King Sunny Ade, at different times, served as an ambassador to several top brands in the country, including the telco giant – Globacom Nigeria.

King Sunny Ade currently has an estimated net worth in the region of $2 million.

Pasuma is probably the most popular personality in the Fuji music scene. He has, over the past two decades, carved a niche for himself, and in the process, propelled himself head and shoulders above the rest. In fact, of late, he has picked interest in the modern Afro-pop genre, with numerous features and hit singles under his belt. 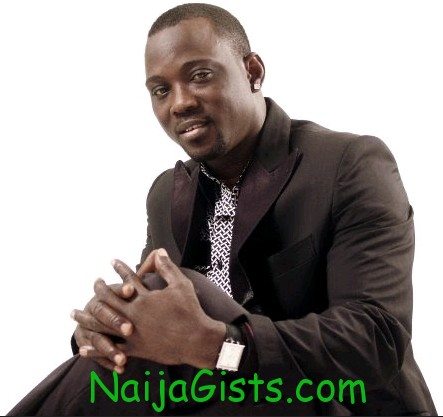 Pasuma, whose real name is Wasiu Alabi, has a track record of over 25 years in the Fuji music scene. He reportedly started singing in his early 20s, some time in the early 1990s. And he gradually climbed his way to the top of the log. Today, he stands out as, not only one of the richest, but also one of the most influencial Fuji musicians alive.

With regard to Pasuma’s 25+ years of steady cash inflow; from shows, album sales, movie features, endorsements and investments; the Fuji icon has earned a considerable amount of money over the course of his long and illustrious career.

At the moment, the star Fuji act has an estimated net worth of $2 million.

Kwam 1, whose original name is Alhaji Wasiu Ayinde, is arguably the richest Fuji musician today. He is one of veterans of Fuji music in Nigeria, having been active for over three decades now. Within this period, he has amassed for himself hundreds of millions of Naira in appearance fees and album sales. 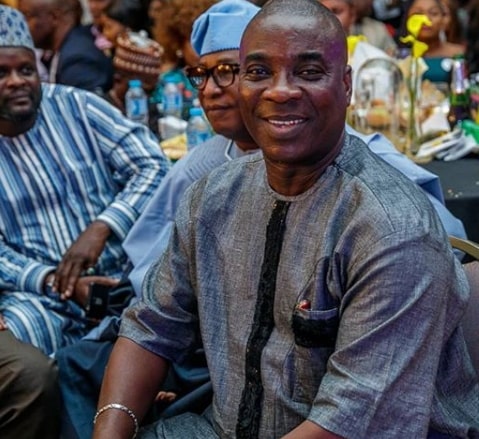 Kwam 1, aside being a successful musician, is also a politician. Although he currently holds no political office, he is a loyalist of Alhaji Bola Ahmed Tibunu (Jagaban) and a bonafide member of APC in Lagos state.

Alhaji Wasiu Ayinde owns a number of properties within and outside Lagos. His mansion in Ijebu-ode (his home town) in Ogun State is valued at around 100 million Naira. Also, Kwam1 reportedly owns a number of lucrative businesses in Nigeria.

Hence, with respect to the foregoing, the veteran Fuji star has been estimated to be worth in the region of $3 million (about 1.2 billion Naira).

If you know any wealthy Fuji musician in Nigeria not mentioned on this list, please state it in the comment box below.

Is Onyinye Carter Onwugbenu The Sister Of Chinny Onwugbenu?
Davido Hints On Political Ambition And Plan To Set Things Right At Home