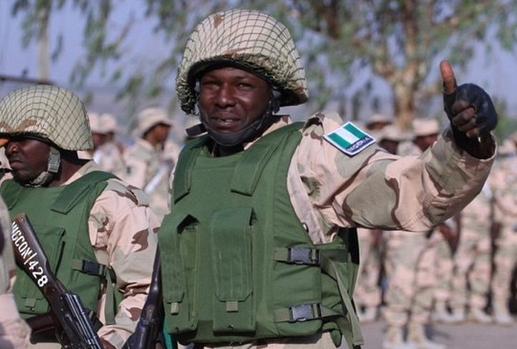 The Nigerian army has rescued 211 civilians held captive by the Boko Haram terrorists at Cingal Murye and Maja villages in Northern Borno on Saturday.

Brig. General Sani Usman, the Director Army Public Relations, said in a statement on Sunday that troops of 22 Brigade Garrison, Operation Lafiya Dole, rescued the victims during an operation in the villages.

The statement said that one terrorist was neutralised while 11 bicycles were recovered from the fleeing terrorists.