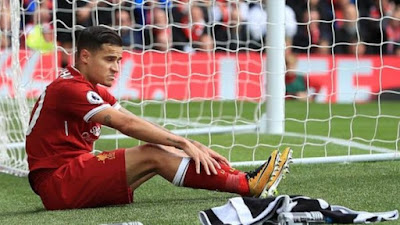 September 16, 2017 – Liverpool Fans Disappointed As Team Fumbles At Home Again To A Draw

The Reds racked up 35 efforts at goal to the Clarets’ five, but could have lost had Joel Matip not cleared Ben Mee’s header off the line late on.

Burnley took the lead through Scott Arfield’s crisp finish on a rare foray forward in the 27th minute.

BBC Sports reports that substitute Dominic Solanke’s instinctive side-foot volley against the bar was as close as the Reds’ came, as Burnley enjoyed another fruitful away day after an opening-day victory at Chelsea and a draw against Tottenham.

Continue Reading
You may also like...
Related Topics:disappointed, fans, Liverpool