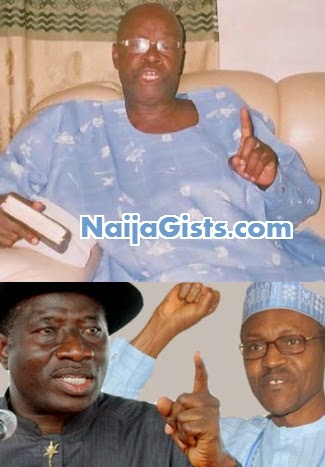 Following the continued detention of Biafra Radio Director, Mr. Nnamdi Kanu by the Department of State Security, DSS, a renowned cleric, Prophet Anthony Nwoko of the Church of God, weekend called on President Muhammadu Buhari to ensure Kanu’s immediate release or Heaven will fall.
Prophet Nwoko when he addressed a crowded press conference at the end of a Prayer Summit organised by 24 pastors in Enugu, with the theme ‘Possessing the land,’ said:

“I cannot find any clean political leader from the South East. The governors are selfish, self centered, and have never pursued any action that will uplift the overall well-being of Igbo nation.“Buhari must release Nnamdi Kanu with immediate effect, otherwise the heavens will strike,” he said.

He challenged religious leaders in the South East geopolitical zone to

“step forward now and fulfil God’s mandate for the Igbo nation.“The religious leaders saw the glory in the country but could not deliver the message to the nation, the judgment will be upon them for denying Christ, his glory. I was spiritually crowned for the nation and the world and was sent on a special mission for the glory of God.“They should allow this light to materialize, if not crisis will overrun the nation as a whole, Prophet Nwoko is a chosen prophet, Igbos should seek for the prophet. The truth is finally here, but Nigeria finds it difficult to believe, the nation refuses to recognize the presence of the anointed saviour of the world because of tribalism,” he insisted.

On the way forward for the nation, the Cleric said that the earlier the country returned to God the better.

“The nation has gone against God’s will, they hide the truth about Jesus because of what they will eat, the spirit has advised Nigerians to crown the king of this nation for the world to bear witness of the second coming of the Holy One.”