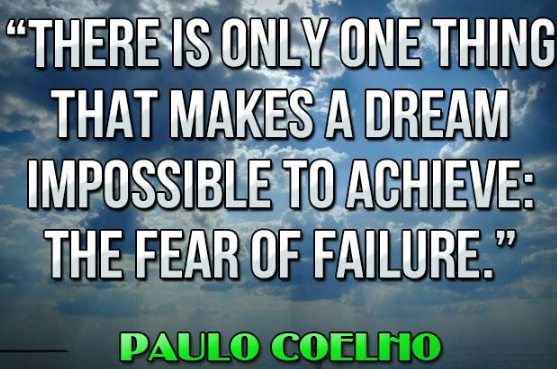 December 6, 2017 – Midweek Inspiration: Do Not Allow Fear Of Failure To Keep You From Greatness

Several years ago while I was in junior secondary school, I would join my mum in her office after school so that we could ride home together. Her office was on the fourth floor of the building and I usually enjoyed the view from up there.

One day, when we were already at the car park, she remembered that she had left something behind in her office and I offered to go and get it. That was not entirely because of my “niceness” but because of the fun I believed I would have riding in the elevator. The trip up was great and I was expecting the journey to the ground floor to be greater. The doors of the elevator opened and I saw a middle-aged man standing inside already. While I had hoped to have the elevator all to myself, I consoled myself that “the more the merrier”. “After all, the man was entitled to some fun after a hard day’s work”, I thought. 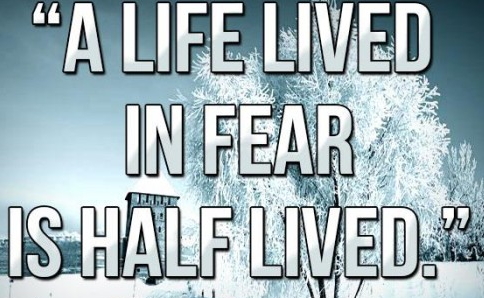 I braced myself for the thrill of the “dropping” elevator. I enjoyed watching the light on the display buttons as they signaled the floor we were passing through. As we arrived on the ground floor, something curious happened- the power went out! In fewer seconds than my young mind could comprehend, several thoughts rushed at me, “The elevator is airtight. Is anyone around? I don’t want to die!” Immediately, I started pounding on the elevator doors in desperation.

Suddenly, I heard the middle-aged man shout at me to stop screaming. Ah, I had completely forgotten about him! “Maybe there is hope after all, since adults always know what to do”, I thought. So I stepped back with confidence to let him do the trick. First, he punched at some emergency buttons in the elevator, and then he tried speaking into the intercom supposedly calling the operators for help. By the time he started trying to pull the elevator doors apart with his bare hands, I began to get worried. However, I knew we were definitely in trouble when he suddenly started pounding on the door and screaming! “Adults can be really amazing”, I thought.

How quickly he lost his “dignity” and started screaming when he discovered what I had known all along- we were trapped! Just at that moment, something miraculous happened. Power was restored momentarily, just enough for the doors to open partially. We both scrambled for the door! The man got out first but I was right behind him!

I cannot help but reflect on why I was so scared in that elevator. I was afraid of something that didn’t eventually happen. But what if it did? Fear is mostly based on “what ifs”. What if I lose my job? What if I can’t get cured? What if they hate me? What if I’m not good enough? What if he’s not the right man for me? What if I fail my exams? What if I’m too late? And the list goes on and on. Fear is always about what we expect. We fear in anticipation of a negative outcome we consider inevitable, which a lot of time doesn’t happen.

I entered the word “fear” into the Google search engine and was amazed to return 574million entries on the subject. That tells me that someone out there is really scared. Actually, almost everyone is afraid of one thing or the other. Does this make us weak? No! It makes us human. What is undesirable is to allow fear to control us. 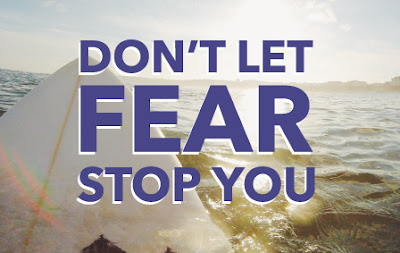 A lot of people are kept from their greatness because of the fear of failure. Several others are scared to be different. Remember, fear is mostly based on “what if”. Never allow yourself fears to stop you from being great. The threat may be real, but you strength to overcome is more real.

[About the author: Lanre Amodu, an inspiration writer can be contacted on Twitter @lanreamodu]

4 thoughts on “Midweek Inspiration: Do Not Allow Fear Of Failure To Keep You From Greatness”