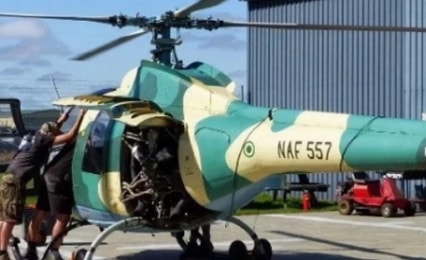 On Fright night, 6 lost their dear lives following the first rainfall of the year in Katsina state.

The heavy rainfall accompanied by strong windstorms also destroyed buildings belonging to the 213 FOB, Nigeria Air force base in Katsina and 583 residential houses.

Reporters that called at the Air Force base for pictures of the damaged buildings were turned back by the Officer- in- Charge who said he was not authorised by his superiors.

The rainfall which started at about 5:30 pm lasted for about one and half hours, rendering thousands of residents homeless.

Victims were seen squatting with friends and relatives in some communities with government yet to provide relief materials or temporary camps for them.

The Executive Secretary of Katsina State Emergency Management Agency (SEMA), Dr. Aminu Waziri, told reporters: “In Kukar-Gesa 100 houses were affected, Shinkafi Ward A and B 150 houses were destroyed, and Ambassadors’ Quarters 70 houses were also affected, while at Makera village 40 houses, Company 30 houses and Kambarawa Quarters 100 houses were completely destroyed by the rainstorm.

The SEMA secretary further assured affected residents that necessary measures would be taken by the state government in no distant time to alleviate the suffering of victims in the affected villages.

Continue Reading
You may also like...
Related Topics:airforce base, katsina, state