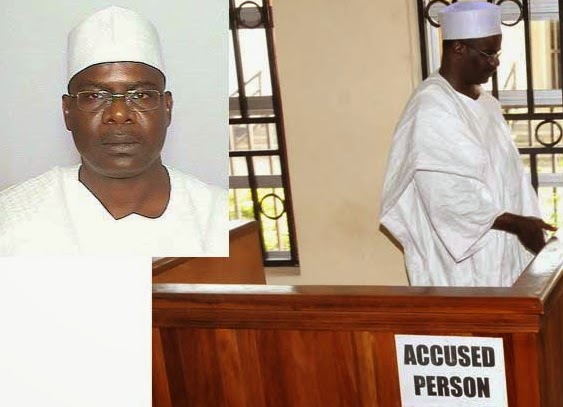 The Federal Government on Tuesday requested that the trial of Senator Mohammed Ali Ndume should henceforth be conducted in secret to preclude members of the public from witnessing proceedings.

The request by the government is coming midway into the trial, which began last year.

Ndume, a serving Senator from Borno State, is facing terrorism related charges before the Federal High Court, in Abuja.

He was arraigned before Justice Kolawole on December 12, 2013 on a four-count charge by the Department of State Services (DSS).

He was accused of sponsoring the Boko Haram sect, and failing to provide information about the sect’s operations.

On Tuesday, the prosecution lawyer, E.A. Orji, while moving a motion dated September 23, 2014 urged the court to protect the identity of the remaining witnesses scheduled to give evidence in the case.

He said the intended secret trial was intended as a protective measure for witnesses in the case, whose security could be endangered if their identities were not shielded.

“We urge the court to exclude members of the public from the trial. We also want the court to protect the identities of the remaining witnesses that will give evidence in this case.

“The fundamental rights of the accused have not been violated because his counsel is represented and has not in any way been excluded from the matter. It is in the interest of national security and public safety that the motion should be granted,” Orji said.

Lawyer to the accused, I. Amaza argued that the prosecution’s request would violate his client’s right to fair hearing. He urged the court to refuse the request and continue with the trial.

After listening to both lawyers, Justice Kolawole adjourned to October 24 for ruling.

[Reported By Eric Ikhilae, The Nation]