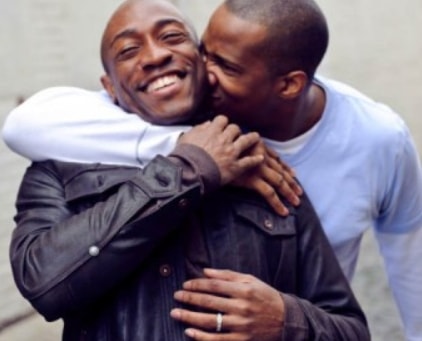 Abia State Command Headquarters of Nigeria Police Force (NPF) said that it would be arraigning six male suspects homosexuals arrested in a hotel in Aba, the commercial nerve of the state.

The suspects, according to the Commissioner of Police in the state, Anthony Ogbizi were Fred Ndubuisi, Anyanwu Chidera, Kamsiriochukwu Onuaha, Anderson Emeruwa, Sampson Nwadike and Nnadi Promise.

Among suspects was an undergraduate, who were allegedly said to have been caught practicing homosexual in a hotel room.

Ogbizi while parading the suspects at the Command’s Headquarters in Umuahia, the state capital said that they were arrested at City Global Hotels by Ekenna, off Okigwe road Aba through intelligence report.

Ogbizi said they were caught in the act at City Global Hotel, Aba, about 2a.m. The commissioner said the suspects were nabbed following a distress call from the manager of the hotel.

He added that the manager alleged that the suspects were seen kissing one another at the hotel bar by a worker who reported the incident to the management.

Ogbizi said the manager went to the hotel room where two of the suspects had checked in earlier and discovered that they were six in the room, romancing and kissing one another.

According to the police boss, the suspects were interrogated and it was discovered that they were members of a gang who came into the state from nearby states to practice unnatural act in the hotel room.

The commissioner said the hotel management would bring its evidence against the suspects when they were charged to court.

However, the suspects denied being homosexuals. The suspects said they were in Aba for the birthday party of one of their friends, Ndubuisi taking place in the same hotel.

One of the suspects, who gave his name as Chidera, claimed to be an undergraduate of the Imo State University, Owerri.

He said they all checked into one hotel room because they were told that the category of room they asked for was not available, in the alternative therefore they decided to manage one room to change their clothes before going to the club within the hotel.

“I arrived the hotel about 6p.m. and I asked my friend to book a room for me, when I discovered that we were many in one room but he said that the hotel management said the N5,000 rooms we could afford were not available again. So we decided to manage that one room.

“After drinking at the hotel bar, we went to the room to change our clothes for clubbing. It was at that time that we heard a knock on the door and when we opened the door, the manger started asking why we were six in the room and after explaining to him, he said they don’t allow more than three people in a room. That was how he accused us of practicing homosexuality in the room.

There was nothing like kissing or making love in the room and we are not gays,” Chidera said.

The celebrant, Ndubuisi, who claimed to be a hair stylist, also said that he only invited his friends for his birthday party and lodged them in the hotel. Ndubuisi added that they did not indulge in any homosexual act.

He said: “I invited my friends for my birthday and I wanted to pay for two rooms but we couldn’t because the rooms were filled up, that was why we were in one room.”

The Commissioner of Police said that they would be arraigning the suspects in court as soon as investigation was concluded.

Demonic Possessed Maid Who Stoned Her Master To Death While Sleeping Confesses “An Evil Spirit Entered My Body”
Video & Photos: Snake Bites American Pastor Cody Coots While Preaching With It In Kentucky