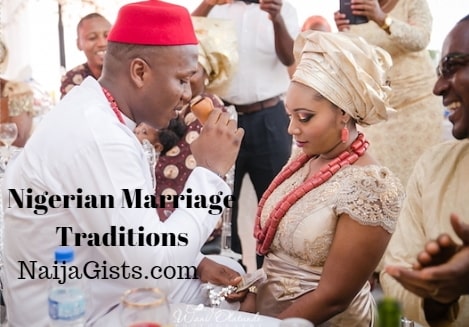 Traditions are accepted methods of doing things in a certain place by a certain group of people. It is in every area of life be it marriage, burial child naming ceremony etc.

Marriages are one of the symbolic areas that showcase people’s traditions and ways of life. It is an area where the rich cultures and heritage of a group of people is brought to light. Before into details on the practices, let us take a look at the laws governing marriage in Nigeria.

Marriage is a sacred event hence, it has some laws guiding it to ensure full compliance and is even entrenched in a document called the “Marriage Act”.

Under this Act, marriage is defined as a voluntary union between a man and a woman to the exclusion of others. Before marriage can take place, the Act stipulates the following:

Consent of Either Parties: This is a prerequisite for the celebration of marriage. The absence of such consent or granting it under duress would automatically render the marriage null and void.

Neither Party must be Married: Marriage under this Act is monogamous and is the union of one man and one woman to the exclusion of others. Consequently, neither must enter into marriage with another person. Such would amount to bigamy and this is actionable.

Parental Consent: When neither are a widow or widower or under the age of twenty-one years (21), they must obtain a written consent of the father. In the case if  death or insanity, the mother can give her consent. When both are late or of an unsound mind, a guardian can then give the consent.

Sanity: It is important that both parties are sane. If one of them is mentally imbalanced and does not therefore understand the true nature of the contract, it will be dissolved an initio.

Prohibited Degree of Consanguinity and Affinity: This means that both parties must as a matter of compulsion not be related by blood either by direct (immediate) or indirect (extended) relationships.

They are a series of organized events that take place before a marriage can be said to be fully contracted.

Nigeria is a culturally diverse country what with having over two hundred and fifty (250)ethnic groups. All these groups have their own culture and traditions in all things especially as it pertains to marriage.

Some of the practices include:

The Virginity Test: It is an ancient marriage tradition among the Yorubas that is now believed to be archaic. It is done after the adding when the groom is expected to consummate the marriage. His family waits outside the room for him to come out with a bloodstained sheets to confirm she was a virgin.

If she fails, a message (half boiled or half roasted yam) is sent to the bride’s family. She would then be made to spend the rest of her life in shame for defiling herself before marriage.

If he fails this test, he is considered a weakling amongst his peers and would not be allowed to marry the particular lady.

Fund Raising in Igbo Marriages: This custom is ageless among the Igbos. Expensive gift items alongside cash are requested for from the bride’s family before the marriage can be contracted. It gets even higher if she is well educated.

More often than not, this leads to a collapse of courtship between the intending couples more so when the groom to be is non Igbo.

Waiting for the Eldest to Marry First: This is very common among the Igbos. This is because they believe marriage should be done according to the most senior. This has caused a lot of troubles in the family because there have been instances whereby the eldest may not wish to get married and would now be a stumbling block on the way of her younger sisters whom  would be stalled because they are compelled to wait for her to marry first.

This would usually causes discord among them and there have even been cases whereby the younger ones had to get married without their parents’ permission.

Prostrating Before the Bride’s Family: This marriage practice is being practiced among the Yorubas and does not appear to fade anytime soon. Respect for elders is highly regarded in Yoruba and this goes to the groom and his friends. No matter how expensive what they are wearing is, they are mandated to prostrate (in full) to the Bride’s family.

Kola nut Breaking: This is strictly an Igbo tradition. The kola nut (oji) is the most respected fruit in Igbo land. It is believed that anyone who brings kola nut brings life hence the saying “onye wetara oji wetara ndu”.

It is the starting point in any Igbo gathering especially in traditional weddings where the eldest man prays and then breaks the kola nut or he could delegate it to some one else before the pieces are passed round.

Marriage is defines as the legal union between a man and a woman. There are many types of marriages in Nigeria. However there are four popular ones and they are:

Traditional Marriage: This is the most popular type of marriage. The norms and traditions of a particular people are fully observed. After fulfilling the whole requirements, they are now pronounced man and wife. 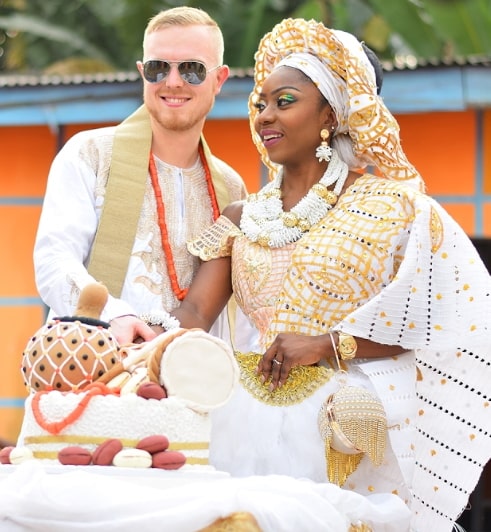 Religious Marriage: This depends on the religion. The most popular being either a Christian or a Muslim wedding. This is what people refer to as white wedding especially when they mean the Christian style.

Civil Marriage: This is legalized under the Marriage Act of Nigeria. It is what us usually referred to as the Court Marriage. Some people dispute it because they are of the opinion that it makes divorce proceedings faster in the event that it happens.

Customary Marriage: This is the bride price payment. Some people accept gift items others collect cash while others yet collect both. The bride price is usually paid to the  bride’s father.

Nigerians believe in marriage. They view it as highly sacred hence the rigorous steps involved. Traditionally speaking, they believe that :

A man is in charge of his wife(s) and children. A man who cannot take care of his family is deemed worse than an infidel.

Polygamy is very much allowed. As long as the man has all it takes to cater doe the them and the children that would, he is by all means free to marry as much as he desires.

Adultery is highly frowned at in marriage especially when this is committed by the woman.

If a couple separate, the bride’s father returns the bride price to her husband. This signals the annulment of the marriage (what is today referred to as divorce). Both parties are then free to go their separate ways and remarry.

The children typically belong to the man and his family.

A man who marries a woman not only marries her but also her entire clan. Little wonder the man is also expected to cater for the needs of his wife’s family members too.

The Yorubas go through some stages to ensure that marriage is consummated. Thus is known as the culture as far as marriage is concerned. Some of them are:

In Yoruba marriage culture, polygamy is allowed (especially since they are predominantly Muslims).

The consent of both parents must be sought and self obtained. 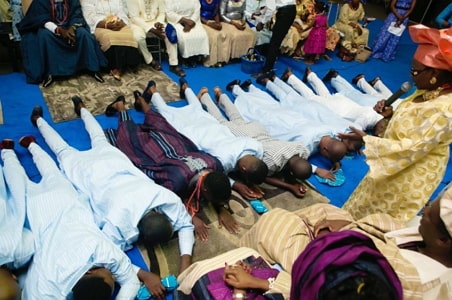 It is only after the couple have successfully been engaged that they can now proceed with the marriage proper.

The Igbos also have their marriage culture. This include:

Polygamy is allowed too. Although this is getting less popular since they are predominantly Christians. 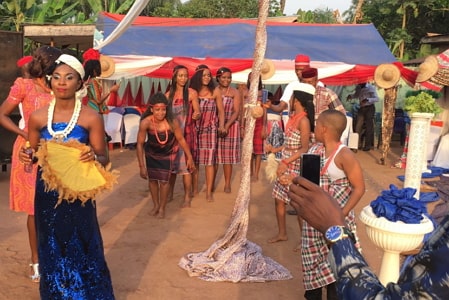 Marriage to a woman means marriage to her entire  family.

Inquiry (Iju Ese) into the groom’s background is taken with utmost seriousness. There is hardly any Igbo marriage that omitted this stage.

The four stages involved  The Introduction/Inquiry (Iju Ese), Bride’s Family Consent/Approval, The Bride Price Payment (Ime Ego) and the Wedding itself must be strictly adhered to in this order

Where the girl’s father is a titled man, certain exceptions would apply as to what to present such as type of cocks, goat, drinks, kola nuts etc.

Marriage to an Igbo is almost open to any other tribe. It is only a matter of love, compatibility and tolerance on the couple’s side.

In the event of a misunderstanding, both families always try to settle amicably before conceding to a divorce.

This is by no means exhaustive. They are just pointers as to his marriage is viewed by this tribes. This would serve as a road map to people willing to enter into marriage with either group.