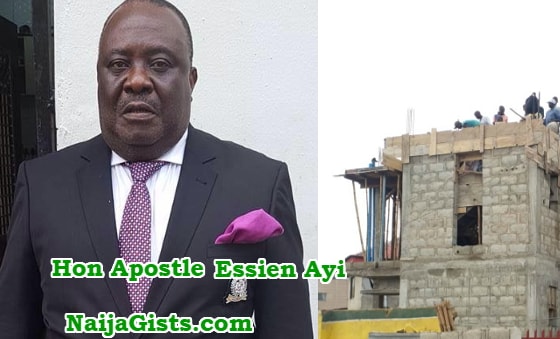 Apostle Essien Ayi, the  Senior Pastor of the Peniel Church of God in Calabar, has donated one million Naira for the completion of a central mosque and Islamic Centre in Calabar, the capital city of Cross River State.

Ayi who is also a politician representing Akpabuyo/Bakassi/Calabar-South Federal Constituency in the House of Representatives, said Nigerians should be their brothers’ keepers, irrespective of religion.

The cleric and lawmaker, who made the cash donation at Gbogobiri, a Hausa settlement in Calabar, said the gesture was also to appreciate the support he has enjoyed from them.

“Every human being whether Christian or Muslim believes in God, a creator. The religion may be different. The mode of practicing may be different, but it is tilted towards one being, which is God.

“Also the Muslim society has been very supportive of me right from when I was chairman and they informed me that their former mosque had been demolished and they are trying to erect a new and befitting mosque. I feel as a representative, they too are my constituents. I am bound to make a token donation towards the completion of that mosque. We should be be our brothers’ keepers. We are all Nigerians irrespective of our religion.”