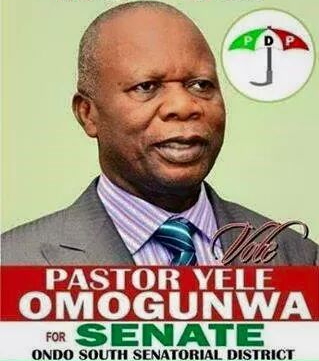 A Nigerian Senator has come under intense fire for allegedly urging the Federal Government to legalize corruption.

Yele Omogunwa, a Representative of Ondo South argued that legalization of corruption will make corrupt officials to keep their money in the country. 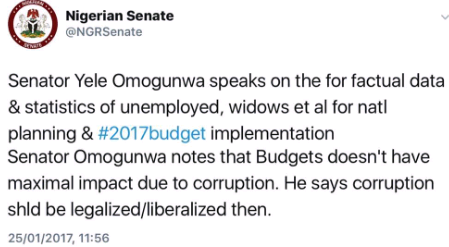 How can he be so bold to ask for the legalization of corruption???

This is what happen when an ***** becomes a Senator…