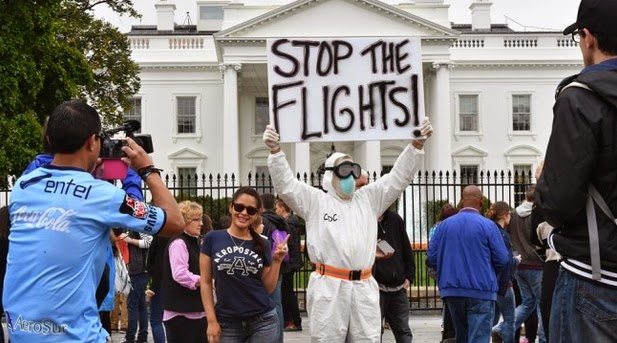 Some Nigerians living in Bahrain have started lamenting over a travel ban imposed on them due to the Ebola Virus Disease that ravaged West Africa last year.

One of them, a newly married Nigerian man, Basil Maduakor lamented not being able to see his new bride Cynthia due to the Ebola travel ban on Nigeria from Bahrain.

Maduakor told Gulf Daily News that Bahrain’s Interior Ministry had said that the ban had been lifted but the Labour Market Regulatory Authority (LMRA) said otherwise.

“I got married on July 26 last year and returned to Bahrain on August 2, and since then I have not been able to bring my wife here to join me because of the ban,”. It has been very difficult for us as a couple to be separated barely one week after marriage,” .

“My wife who is a chemical engineer and was working in Nigeria had resigned from her job hoping that she could join me soon. I have been reading every news report related to Ebola and Nigerians hoping to get some information on the status of the ban – which we have been told for over two months now is awaiting executive approval before it can be lifted,” – the 29-year-old Engineer  said

“When my friend checked with NPRA officials, they said we can travel and the ban has been lifted, whereas an LMRA official said that the ban is still in effect,”.

“We are confused and still waiting for an official announcement on this as many of us are stuck here without being able to go on holidays or bring our families to Bahrain,” Yusuf said.

Nigeria was declared Ebola free by WHO on the 20th of October 2014 after 21 case of infection that resulted in 9 deaths.