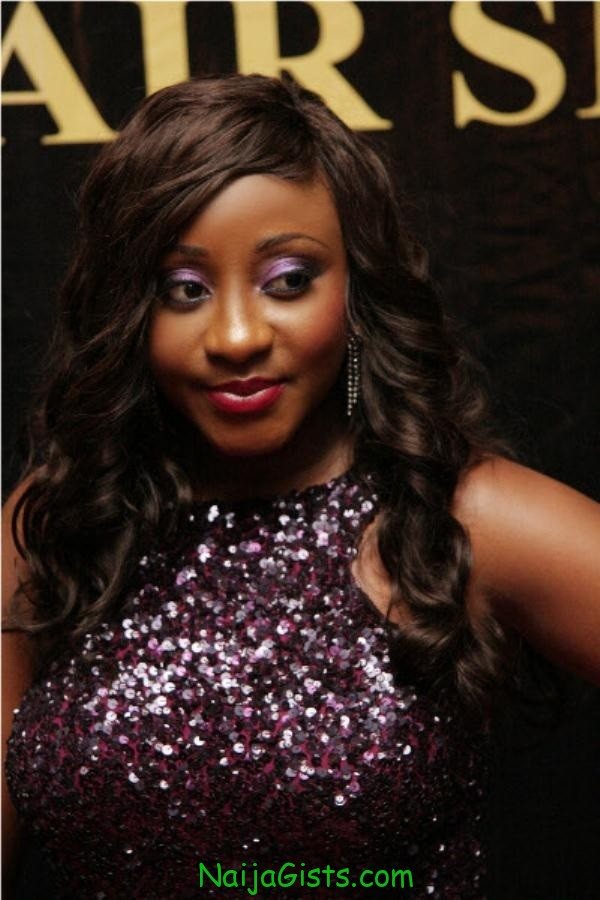 Nollywood actress, Ini Edo was recently accused of rigging fan votes using a software during The Africa International Film Festival (AFRIFF). The team is insisting that the fly Arik Air prize for the Best Female Actress poll has been compromised. According to AFRIFF, more than 4,000 masked IP addresses have been identified as jeopardising what was meant as a free and fun process.

The voting for the Fly Arik Air prize for Best Female Act at the AFRIFF commenced online on November 24, and had to be suspended after they realised it had been hijacked.

Blogger, Stella Dimoko-Korkus, who monitored the process, and actress Rita Dominic, are pointing fingers at Ini Edo. Statistics show that Ini Edo currently leads with 6,697 votes, while Uche Jombo trails behind with 4,646 votes and Monalisa Chinda has 2,437 votes.

Stella said; “I am sorry but at this point I would have to call on the African film festival organisers/in conjunction with Arik Air to take down their best actress awards segment and I am not joking. I have been monitoring this voting since it started and it beats my imagination that actress Iniobong Edos votes rose from 2,586 to 6,697 votes in less than a fraction of a second.

“I am definitely not implying anything but what happened speaks for itself and at this point I would say that the award is a sham, a big lie and a cotton over the eyes of innocent voters.”

“They should tear down the bloody polls and let us concentrate on something else,” Rita Dominic with 151 votes said on twitter.

“Ok! I would have to announce this. Ini Edo who had 200 votes last night has eclipsed the first place actress by 200 votes.”

Stella also tweeted, calling out Ini to explain what she did to increase her votes.

“You should have lost gallantly not cheat to win. Kate Henshaw had only 19 votes and did not make her less of a star that she is,” she said.

Ini Edo, however, contends that she did not rig the votes and her social network fans voted for her.

“I did not rig any votes or use any software to raise my votes. I asked my fans on twitter and facebook to vote. I heard some even went on air and announced.”

The Voting process for all three polls; best female actress, best male actor and best film producer/director have been disabled and considerations on how to proceed are ongoing at the moment.

AFRIFF apologised to genuine voters and all involved with the poll.
Desmond Elliot leads as the Best Male Actor with 1,449 votes, and is followed by Nuhu Ali with 717 votes. The actor with the least votes is Chinedu Ikedieze (Aki) with 5 votes.