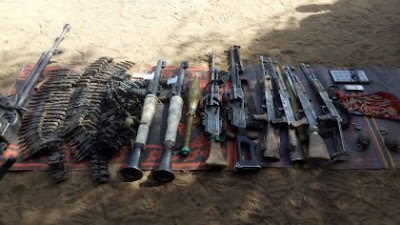 The Director of Army Public Relations, Brig.-Gen. Sani Usman confirmed this in a statement on Tuesday.

He said Metele, Tumbun Gini and Tumbun Ndjamena villages in the area had been cleared of terrorists.

“During the clearance operations, Boko Haram terrorists abandoned the area in disarray leaving behind livestock, large quantity of foodstuff, motorcycles and donkeys.

The troops also discovered terrorists’ logistics base at Tumbu Ndjamena which held stocks of fish, foodstuffs, fuel and motorcycles. 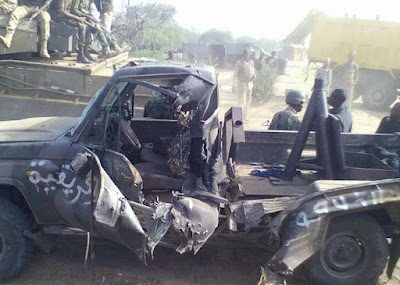 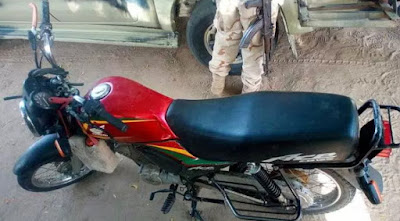 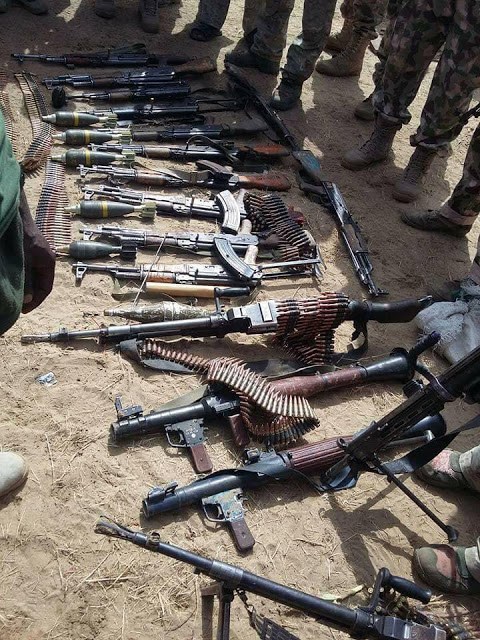 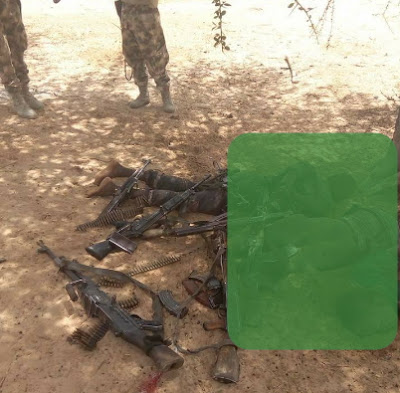 All these items were promptly destroyed.

“Other recovered items include one Small Solar panel with a Gionee mobile phone, one Holy Qur’an, six Hadith Books, as well as five Gun trucks (which were destroyed),” he said.

Usman explained that the three soldiers and a civilian JTF died, while nine others were wounded when a Boko Haram vehicle laden with Improvised Explosive Devices rammed into an MRAP vehicle.

He said the vehicle exploded, killing three soldiers, a Civilian JTF and wounding the others.