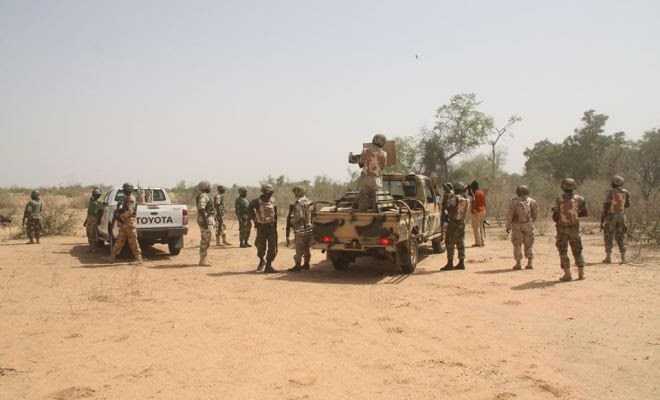 According to the Associated Press, about 2000 terrorists besieged the town recently captured by the military forcing the troops to flee for their dear lives.

“The terrorists, numbering over 2,000, appeared from various directions on Thursday [April 23, 2015] and engaged the soldiers in Kirenowa town and adjoining communities in Marte,”

“They fought with soldiers over the night and the fight continued today (Friday), forcing hundreds of soldiers to flee,”.

Nigerian troops were recently chased out of Sambisa forest by the insurgents after landmines explosion killed 3 of them.