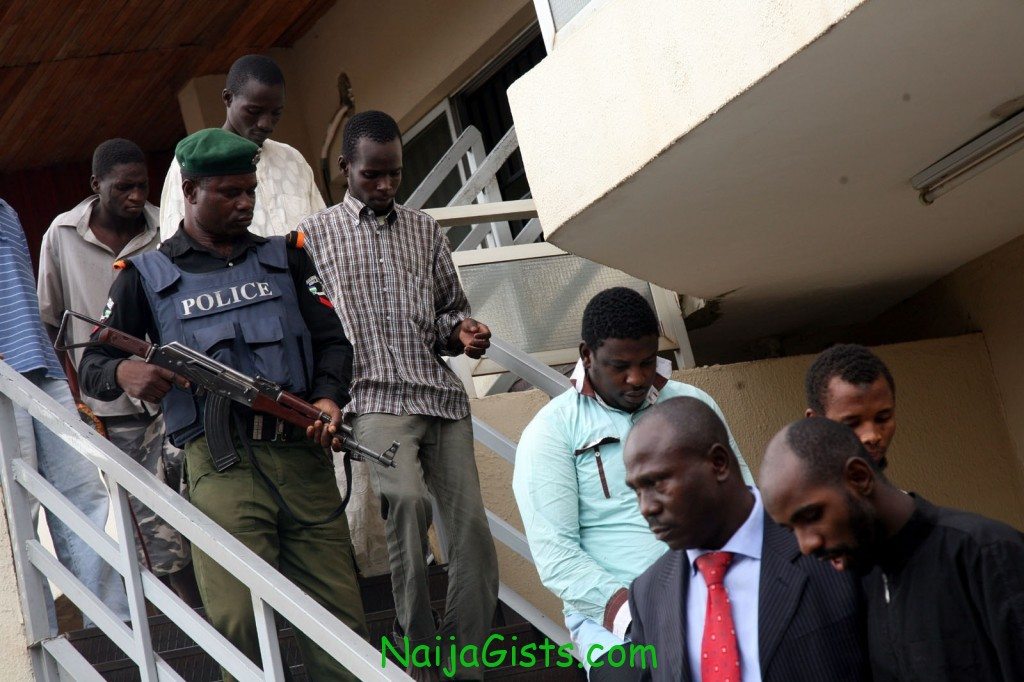 Joint Task Force in Kano arrested a suspected leading Boko Haram militant in a raid Friday, a day after the restive city where the Islamist group is based was rocked by blasts and gunfire.

“We had an operation this morning… at a Boko Haram hideout. We made some arrests but details will be given later,” Kano military spokesman Lieutenant Iweha Ikedichi told AFP.

A security source involved in the raid in the Farawa neighbourhood of Kano, the largest city in the north, said a suspected high-profile member of the group, Suleiman Mohammed, was arrested along with his wife and five children. Mohammed is said to be from Ogbomosho in Oyo state.

“We recovered three pistols, a rifle, 1,000 rounds of ammunition and 10 IEDs (improvised explosive devices),” the source said, adding that the house was destroyed during the raid.

Friday’s raid came a day after several explosions and gunfire rocked the restive northeastern city of Maiduguri where Boko Haram has its base.

“In the late hours we had two explosions followed by sporadic gunshots. I don’t have any further information now on casualties,” a security official who did not want to be named told AFP.

He said the attack happened near a church in an area where a mosque owned by Boko Haram was razed during a 2009 crackdown on the group.

AFP saw truckloads of soldiers deployed to the area on Friday.

The military and local residents reported a third blast on Thursday in a different area of the city.

“There was a blast in an open field by the riverside. We still don’t know who the target was but nobody was hurt,” military spokesman Lieutenant Colonel Sagir Musa told AFP.

Residents said it happened near a football field where a match was being played and caused people to flee.

Maiduguri, the capital of Borno state, has seen some of the worst violence blamed on the extremist sect, which has focused its attacks on the mainly Muslim north.

Rashidi Yekini Was Killed – Segun Odegbami
Wole Soyinka On Fuel Subsidy Probe: We Are Being Dehumanised