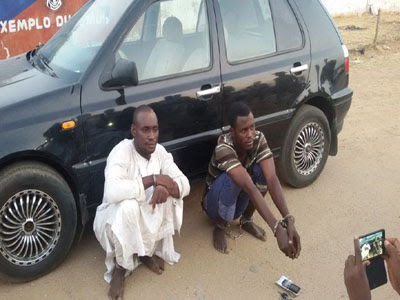 The suspects tracked down from Maiduguri were picked up by Military Intelligence officials in Kano yesterday.

They are still in military detention.