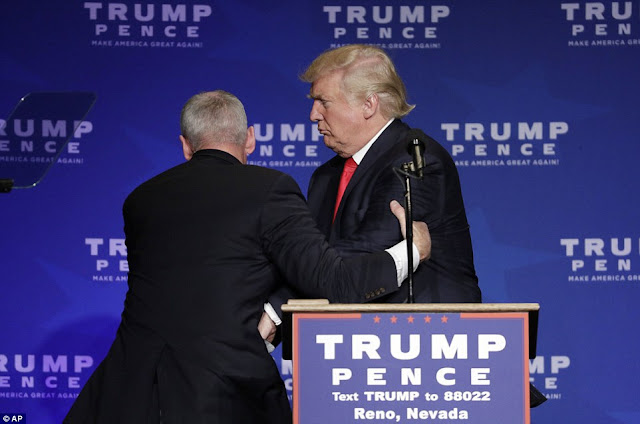 Nov 6, 2016 – Pictures: Donald Trump Dragged Out Of Stage By Security Agents At Rally In Reno Nevada Over Security Threat

The Republican Presidential candidate was speaking at a rally in Reno Nevada yesterday when Security Agents suddenly rushed him out of stage after an apparent security threat.

He was in the middle of his speech when he suddenly paused and looked into the crowd to see a man making threatening statements against him.

A man was later escorted out of the venue by armed policemen. 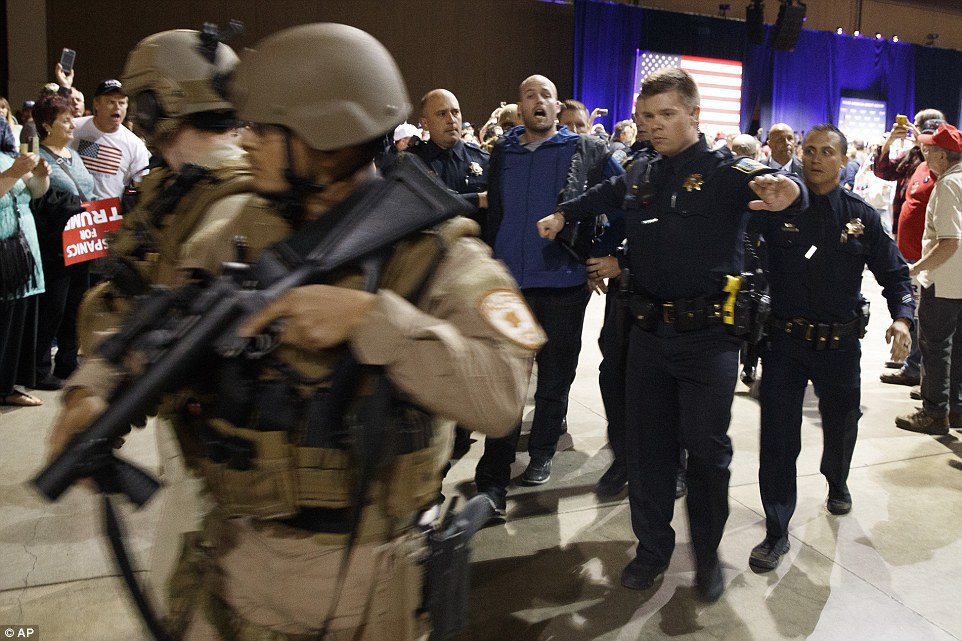 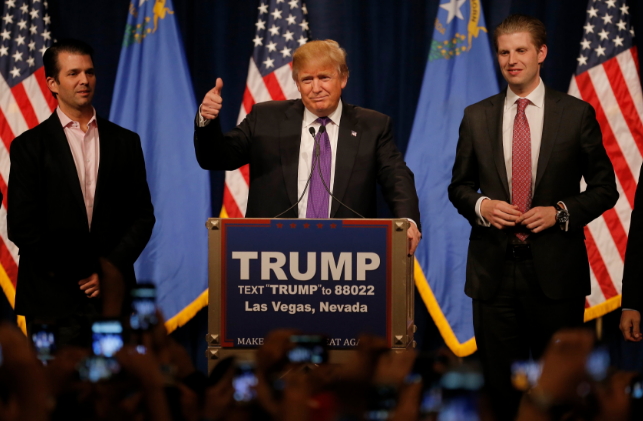 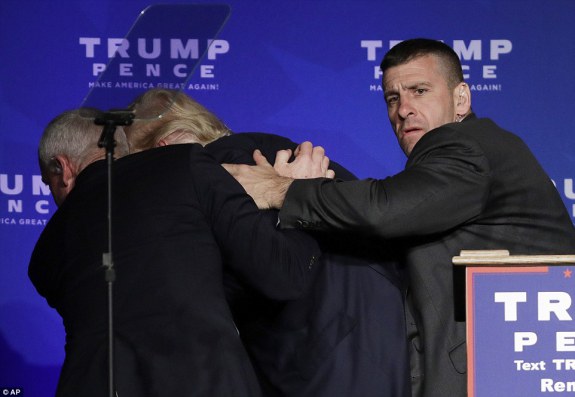 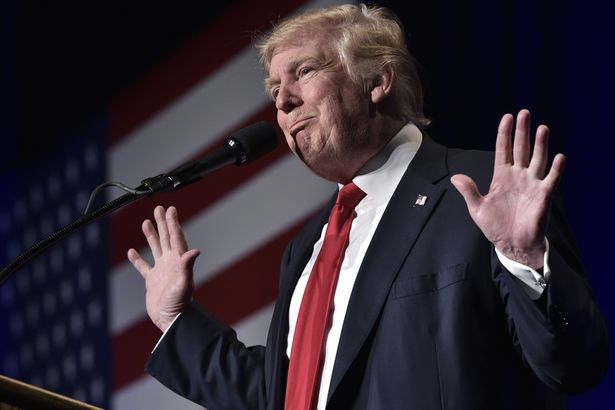 Donald Trump later returned to the stage to continue his speech.