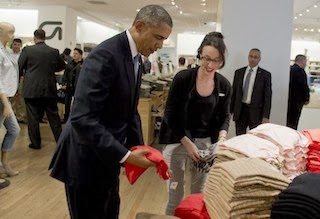 He was spotted at a Gap store doing shopping for his wife and kids.

Obama halted his motorcade at the store at East 42nd and Third Avenue as he hit the Big Apple on a fundraising swing. 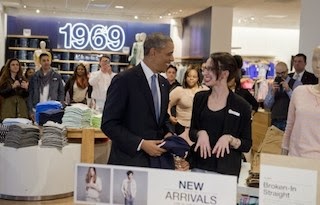 The president selected sweaters for his daughters Malia and Sasha and a blue workout jacket for his wife Michelle, before delivering a glowing assessment of Gap bosses, who recently decided to hike the store’s minimum wage to $10 dollars.