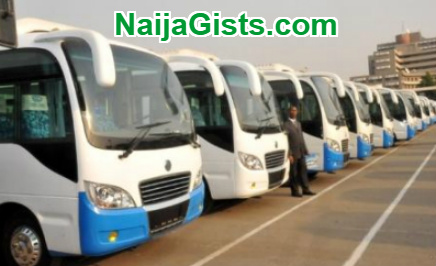 The Managing Director of The Infrastructure Bank, Mr Adekunle Oyinloye, stated this in a paper he presented at a National Workshop for Chief Executive Officers of Mass Transit Companies in Abuja.

Oyinloye said the buses were released to mass transit companies to provide cheap and affordable road transport services to Nigerians across the six geo-political zones and the FCT.

According to him, the vehicles were provided under Phases I and II of the N25 billion PMT scheme being managed by The Infrastructure Bank.

He stated that the scheme has also empowered over 50,000 Nigerians, including bus drivers, bus assistants, auto-technicians and booking clerks, through direct employment.