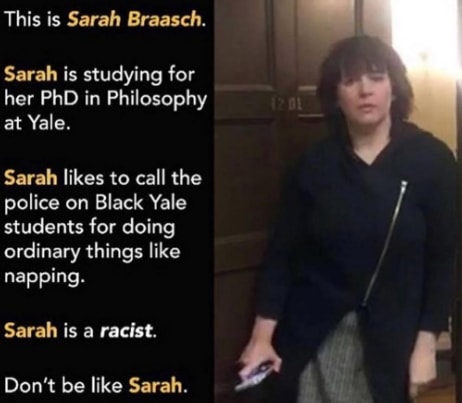 US-based Nigerians have protested over the racial bias incident against a Nigerian, Ms Lolade Siyonbola, a graduate student at the Yale University.

The Organisation for the Advancement of Nigerians (OAN), in a letter addressed to the President of Yale University, Peter Salovey, and signed by OAN President, Solomon Bakare, demanded strong actions over the incident.

Siyonbola had on May 8, posted two videos of the incident on Facebook, alleging a ‘white’ student found her sleeping on a couch in Yale’s Hall of Graduate Studies, and called police officers. 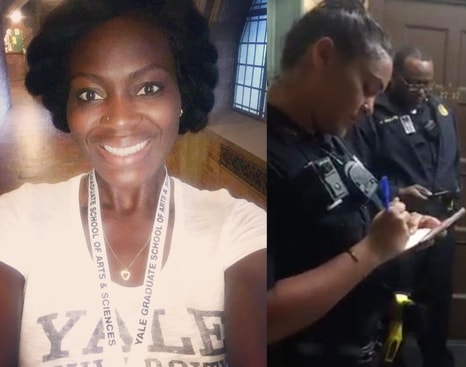 She said she was woken up by Sarah Braasch, a Philosophy PhD student, who told her she was not allowed to be there and called authorities.

The Nigerian organisation called for more direct action to condemn Sarah’s behaviour, to send a strong message against any future occurrence.

“To ensure incidents of this nature is not given breathing ground in the Yale community, we would like to see more direct action taken to condemn Sarah’s behaviour, to send the message that it is against what Yale stood for and the community you have the vision to build.

“While we commend the initiative of hosting a listening session for the Yale community to share their thoughts on how to prevent such incident in the future, we strongly believe a direct statement condemning Sarah’s insensitive action is warranted at this time.

“We trust you will use your good office to change this unfortunate narrative and make Yale a leading example for other institutions to emulate,” OAN said.

The organisation said it would continue to monitor the event and take appropriate actions if and when necessary.

OAN said, however, that the incident was not an indictment of Yale, but an unfortunate narrative of our broader society.

“We know of many African students and Nigerians in particular, who have passed through the prestigious Yale community without dealing with similar overt racist student.

“This is why we are convinced that this is more of an aberration and not the norm at Yale,” the Nigerian organisation said.