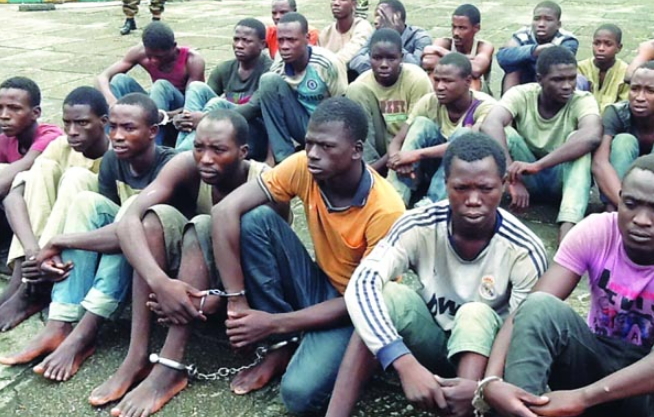 81 people accused of fighting for Boko Haram went on trial in a public court sitting in Niger Thursday.

It was the first of its kind after closed-door trials of suspected insurgents were criticised by human rights groups, Reuters reported.

Those on trial in a special international court in Niamey were from Niger, Nigeria and Chad.

They were suspected of playing various roles in Boko Haram’s near decade-long bid to create a caliphate in Nigeria.

The insurgency has spread beyond its roots in Nigeria, killing 20,000 and uprooting nearly three million in the Lake Chad region.

The Niamey trials followed closed-door court sittings, including in Nigeria where a court in October last year sentenced 45 people to between three and 31 years in jail.

The court will hear 22 separate cases over the next 10 days, following the trial of nearly 300 people on similar charges last year.

In all, about 1,000 people are expected to appear before the court.