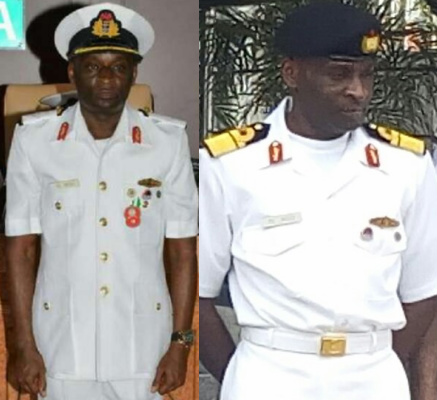 More facts are beginning to emerge over the alleged suicide of Rear Admiral Daniel Ikoli, who died last Tuesday, in Lagos.

Serving and retired officers who spoke with Sunday Sun contended that there was no way the deceased officer would have taken his own life as being speculated, given his attitude to life.

They also debunked rumours that the late Admiral Ikoli was suffering from an undisclosed illness that prompted him to commit suicide, saying that the claims were meant to divert the attention of the Nigerian Navy, the police and the public from the truth and possibly get his immediate family to accept what happened in good faith.

Military officers who spoke on the condition of anonymity believed that those who murdered the officer might have spurned the rumours.

Ikoli was a member of 33 Regular Course of the Nigerian Defence Academy (NDA), and an indigene of Bayelsa State. He was described as a man with a lion heart who was determined to go through any challenging situation and come out stronger.

“So let’s stop assuming he truly committed suicide, that is not possible,” a retired Rear Admiral, who the deceased officer happened to have worked with at the National Defence College (NDC) in Abuja, told Sunday Sun over the telephone.

“Let us assume it was true that the officer actually killed himself. However, before we conclude, look at it this way: those who went into the room where the lifeless body of the officer was, said that they found three expended bullets in the room.

How is it then possible that he actually shot himself? Because if somebody carries a gun and shoot himself once, I can assure you he will not have the strength to pull the trigger for a second round. I don’t think it was suicide, I just think they should investigate it thoroughly. He could not have taken his life,” he said.

The night before Ikoli died, he attended a party held by the Flag Officer Commanding, Western Naval Command. “How could somebody who wanted to commit suicide attend a party and be merry, a sourced queried?”

Some of the colleagues believe that the brutal killing of Ikoli might not be unconnected with the “uncompromising position” he took when he served on the Presidential Committee on Arms Importation, stressing that individuals who had vested interest and who might be negatively affected probably had a hand in the slaying of the admiral.

For instance, they said some people were not happy that the deceased officer was given accelerated promotion shortly after completing his assignment at the panel, when most of his mates in the Army and Air Force were still wearing their ranks of one-star general.

Aside these speculations, it was also rumoured that the killing of the officer could have been prompted by the fears of some people who perceived that he might be appointed as the next Chief of Naval Staff (CNS) as the tenure of the incumbent, Admiral Ibok-Ette Ibas, would expire in the next few weeks.

It is believed that with his accelerated promotion and track record in his 33-year service had put him in a set of senior officers from among who the next CNS could be appointed any moment from now. It was gathered that the Buhari administration might have tipped him for the position.

“He may have been killed because he is among the set of officers from whose rank the next Chief of Naval Staff would emerge. He has all it takes and at the end of the day it is one of his contemporaries that would emerge the next CNS. So he was also in the race as far as I am concerned,” a military source said.

Military officers who served at the National Defence College, where Ikoli once served as director of administration, described him as a very strict, straightforward, calm and calculated person who did not compromise.

They said that it was from the NDC that he was posted to NNS Beecroft, and then to his present office before he died in mysterious and controversial circumstance.

While at NNS Beecroft, he was said to have demonstrated integrity during the 2015 general elections. Politicians from different parties tried to compromise him with huge sums of money, which he politely rejected.

Ikoli, the son of a retired naval officer apparently took after his father, who was also in the Nigerian Navy. His younger brother, also followed in the same footsteps and enlisted as a member of 34 Regular Combatant Course, but retired from service after putting in a good number of years.

A retired officer from the Nigerian Air Force told Sunday Sun that from his experience as a retired air police officer, it was impossible for a suicide victim to shoot himself twice as alleged.

“When you fire two empty shells, can somebody kill himself twice? Gunshot is always once. Once you fire yourself once, by the time you start doing two empty shells, it means there is a second party.
When Sunday Sun visited Ikoli’s home in one of the estates in Abuja, the building was locked up. Some of his neighbours, who spoke to the reporter, said they last saw him about one month ago.

They said that the widow and children usually came around once in a while to spend time there. They also confirmed that his widow traveled to Lagos last Thursday after the news of her husband’s death broke.
The neighbours described Ikoli as a gentleman who could not go out of his way to hurt anyone. The also noted that he was very fond of his family.

The death of Admiral Ikoli, which is now the topic of discussion among officers and men of the Nigerian armed forces is also said to be generating tension among colleagues who want circumstances surrounding his death unravelled.

They said that if Ikoli’s case was swept under the carpet like many other high profile murder cases, military personnel would no longer be safe in their homes and offices.

Only few weeks ago, an army colonel and former commandant of Command Secondary School in Ibadan, Oyo State, Col. Anthony Okeyim, was murdered in his house.

His body was found in his apartment in the school. Sources said he was attacked in front of his official quarters and strangled.