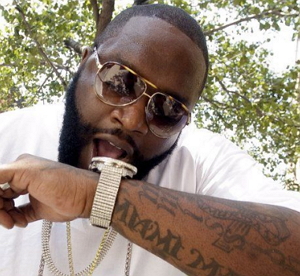 The worst is over for popular rapper Rick Ross who was put on Life support on Thursday when 911 responders got to his place.

The rapper who was hooked to an Extracorporeal membrane oxygenation machine to help him breath a bit better in a hospital in Miami yesterday is now doing fine.

According to his fellow hip hop artist, Fat Trel, who spoke to him over the phone hours after the incident, the singer is still admitted to the hospital but no longer on life support as reported by TMZ yesterday.

Rick Ross who had a history of seizures was unresponsive and breathing heavily when 911 responders reached his home on Thursday. He was immediately rushed to the hospital where he is still being treated for chronic Pneumonia according to a source.