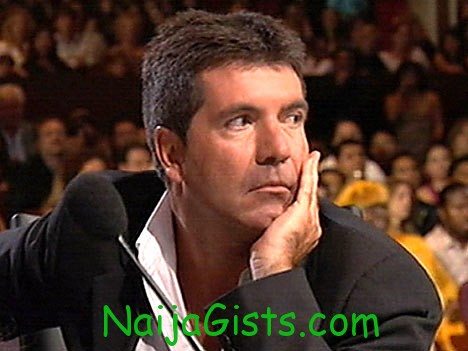 X-Factor Boss, Simon Cowell has been robbed by a hooker. naijagists.com

The often perceived tough reality tv show judge thirst for non-committal sex recently got him into trouble when his one-night stand hooker robbed him.

According to The Sun, Simon, 52, who recently broke his engagement to his fiancée, was said to have smuggled the girl to his hotel for a “night passion”. After the encounter, a drunken Simon woke up to discover his wallet and laptop full shows and other confidential information has disappeared with the lady.

His team members called in the cops who demanded for the hotel’s CCTV footage to be able to trace the unidentified lady, but so far no arrest has been made.

What a shame, a hooker for that matter.

Over 32 Million Nigerians Defecate Openly – World Bank
Ladies, Read This Before You Fall In Love