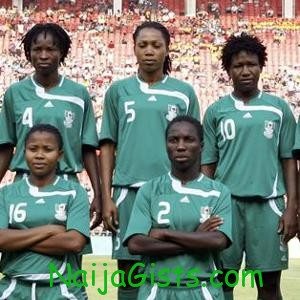 An Ex-Super Falcons star midfielder, Felicia Eze, is dead. The retired player died on Wednesday in Anambra State after a brief illness, aged 38.

Eze started her professional football career at Ufuoma Babes of Warri, before moving to Delta Queens of Asaba – a team she captained for five years, winning at least three national league titles in their colours.

She left Delta Queens for FCT Queens of Abuja, from where she eventually moved to an amateur club in England where she played for two seasons before retiring two years ago.

She was said to have been discovered for the national team after featuring in series of matches played by the Female Football Interest Group selected side against the national women’s team ahead of major tournaments.

The President of the Female Football Interest Group, Ms. Henrieta Ukaigwe, expressed shock at the news of the player’s death. She described her as God-fearing.

Ukaigwe who is also the Team Coordinator of the Falcons noted that before Eze’s death, she was virtually the national team’s prayer official as she led most of the Falcons’ prayer sessions before major games played in Abuja.

“Nigeria has lost a great talent at a time she is most needed,” she said.