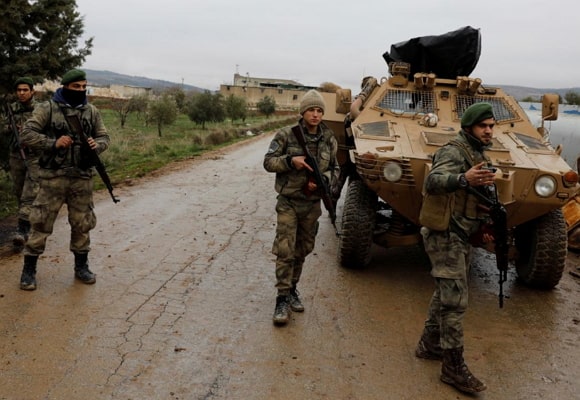 US Defence Confirms Timeline Of Troops Withdrawal From Syria

The United States military has started troops withdrawal from Syria.

This was confirmed to CBS News today by a defense official who said the process will take between 2 and 3 months.

Equipment had already begun moving out earlier this week, the official told CBS News senior national security correspondent David Martin. Col. Sean Ryan, a spokesman for the U.S.-coalition fighting the Islamic State group in Syria and Iraq, declined to discuss specific operational details of the pullout such as timings and movements of the 2,000 troops but confirmed that it is happening.

Continue Reading
You may also like...
Related Topics:timeline, troops, us, withdrawal