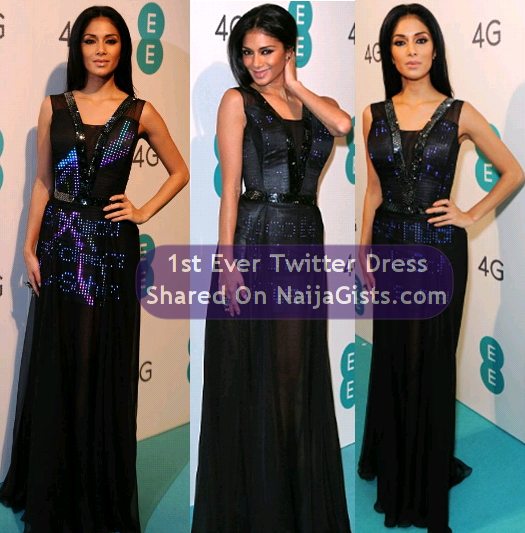 The first ever twitter dress (a high tech gown) that displays tweets from fans has been worn by Nicole Scherzinger. naijagists.com

Model Nicole who obviously doesn’t need access to a phone or a computer to check her tweets glams the red carpet with the twitter dress designed by cutting-edge dress yesterday.

Nicole Scherzinger who is a judge on X Factor dazzles in the 1st ever Twitter dress at a 4G technology event in London on Thursday night.

According to the UK Sun, the dress lightens up to display messages posted by her fans.

Nicole Scherzinger’s twitter dress illuminated throughout the event last night, an indication of continuous tweets from her twitter fans.