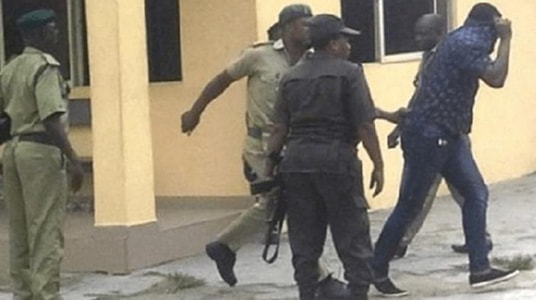 Uyo foremost judge, Justice Okon Okon today escaped death by a whisker after some dreaded kidnappers he sentenced to death attacked him in court premises in Uyo.

Shortly after the sentencing hearing, the convicts ganged up and destroyed the window of the courtroom located along Ikot Ekpene Road, causing lawyers and litigants to scamper for safety.

The pandemonium went on for about 60 minutes as the convicts refused to leave the court.

It took the intervention of soldiers and policemen to restore order in the court premises.

The convicts were subsequently dragged to a waiting prison van.