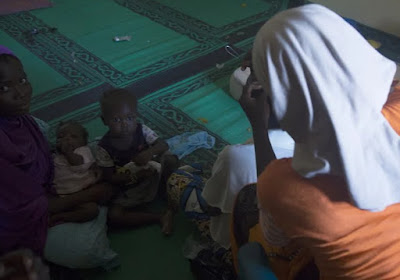 About 12 women sit on mats under the shade of a tree. Their giggles rise with the hot dusty air as they sketch elaborate designs on their hands with henna. 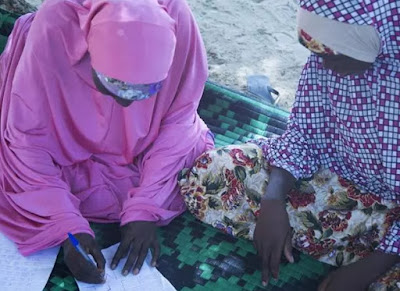 Some of the women wear abayas; others wear short-sleeved blouses with long skirts and hijabs. They talk about their children, their hair, what they will cook in the evening after breaking their Ramadan fast.
After a while, the conversation turns to their husband 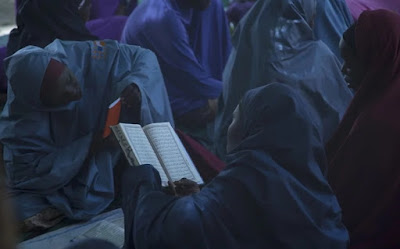 Through gentle probing and playful interaction with the wives of the Boko Haram fighters, the social workers have been able to learn more about how the group operates.

Although many human rights organisations say the wives of Boko Haram fighters are coerced into carrying out acts of violence, the women at the safe house say that as their husbands are working for God, they do whatever they ask of them.

The women say that young girls, aged between 10 and 12, who have carried out suicide bombings in cities across Northeastern Nigeria probably volunteered, hoping to avenge the death of a relative.

But a Chadian intelligence officer who spoke to Al Jazeera on the condition of anonymity says that the Chadian government, which is also involved in the fight against Boko Haram, has conducted dozens of interviews with detained Boko Haram members who have talked about how they get young girls to commit suicide attacks.

They tell the girl, let’s do this and we will meet again in paradise. So the girl goes forward and detonates herself, expecting the man to do the same. But the man does not. He watches her blow herself up into pieces and then goes to the next girl to lure her to do the same thing,” he explains.

The women frequently talk about tea and dates. They say that when they pledged what they call a mubaya’a, an oath of allegiance, to Boko Haram, they were given dabino (dates) to eat and tea to drink. Others say they were also given pieces of coconut.

“The first time I came to join Boko Haram, somebody came, the commander who is a mallam, and asked me, ‘Do you believe in Allah?’ Me, I said yes. ‘And the prophet?’ I said yes. ‘And the Quran?’ I said yes. He then gave me a date palm and coconut. I ate it and then I slept for three or four hours. Then I woke up and my heart was changed,” Aisha the Amira explains. “I loved Boko Haram. I didn’t like normal men.”
She says there was always tea – mixed with leaves and other things she wasn’t familiar with.
“They all told us that the dates were usually dipped in blood and were sometimes mixed with human flesh,” the Chadian intelligence officer says, relaying what Boko Haram fighters caught by Chadian soldiers revealed in interviews. “Then they have a sort of mystical tea.”

Abba Aji Kalli has met many Boko Haram fighters face to face. One tried to attack his house in Maiduguri a few months ago. Kalli is the state coordinator for the Civilian Joint Task Force, a paramilitary vigilante group working with the Nigerian security forces to combat Boko Haram.

“When we catch Boko Haram members, they tell us things. They tell us that they sometimes even eat human meat. This is what they’ve been doing,” Kalli says. “In Boko Haram, whatever is in your imagination, whatever you think, they have it there.”

He says this is why his group burns whatever they find in Boko Haram camps – food, jewellery and flasks.
“Because they’re dangerous. They can poison you. Boko Haram is using magic charms. Once you take their water and their dates, they’ve taken over your mind,” Kalli says.

Many of the women say that some people participate in mysterious rituals, but claim that these are not real Boko Haram members. They scoff at those who say Boko Haram fighters are ghosts.