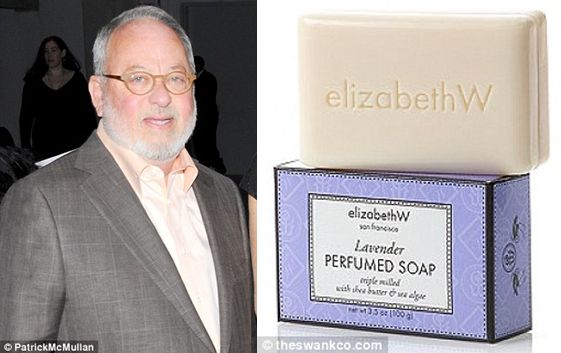 Money is a good thing however, too much of it do make people mental. That is the case for a business man who spent a whopping $20 million on luxury gifts – including $1.6million on soap (Mo gbe o). naijagists.com

He has since been taken to hospital after concerns over the state of his mental health.

Ed Bazinet, 68, raced around the booths at the International Gift Fair in the Javits Center, New York, buying up everything he could lay his hands on.

Last month, sources said he spent $39.4 million at a similar event in Paris.

The huge sums of money that Mr Bazinet was spending left friends alarmed and he was taken to hospital yesterday.

The tycoon had a manic episode and was diagnosed with bipolar disorder, a spokeswoman told gawker.com.

The New York International Gift Fair takes place twice a year and the latest winter exhibition was attended by 28,000 stall holders and 35,000 visitors.

Most of the products are homeware and trinkets, ranging from kitsch pots and pans to luxury toiletries and expensive textiles.

Word quickly spread around the fair about the enormous sums of money Mr Bazinet was shelling out.

‘I feel awful for him; there was clearly something going on.’

The designer cut him off after he spent $200,000 on cake platters. Over at the elizabethW stand, Mr Bazinet ordered $1.6 million of soap, sachets and hanger covers, amounting to 96,000 items, sources said. (daily mail)