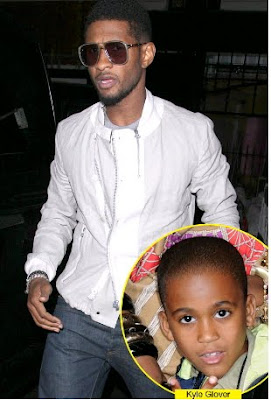 A very sad news coming out of The Children’s Health Care of Atlanta hospital where Kyle Glover (son of Usher’s ex-wife Tameka Foster) is being treated says the 11-year-old has been declared brain dead by the doctors following a jet ski accident on Lake Lanier in Atlanta on Saturday.

According to TMZ, Kyle has experienced zero brain activity since he was rushed to the IC Unit of the hospital and no decision regarding taking him off life support has been made yet.

Usher is said to have put aside his bitter divorce battle and provide support for his estranged wife by making available a private jet to convey her from out of state to be by her son.