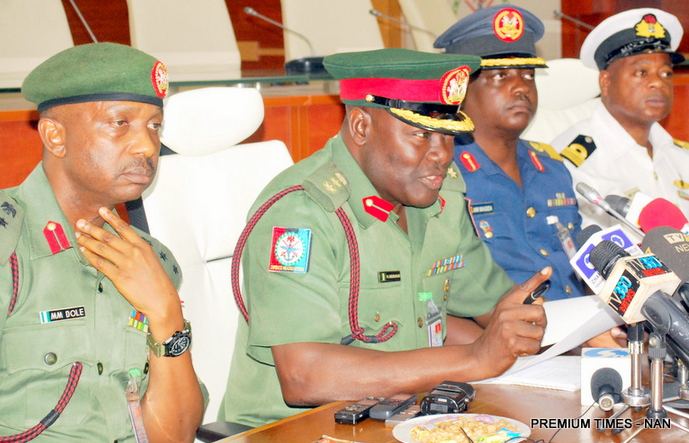 The military yesterday said no amount of distractions would deter it from ending terrorism by December.

Abubakar was reacting to the recent spate of suicide bombings by suspected insurgents in some parts of the country.

He pointed out that the bombings were aimed at diverting the attention of the military from achieving its target in the anti-terrorism war.

“I want to assure all that for every second that passes, we get more committed to fighting the insurgents; we cannot be deterred”.