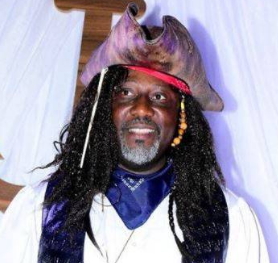 The Nigerian Police Force has cleared the air on why Dino Melaye is in their custody.

Here is a statement the deputy Public Relation Officer of the Force, SP Aremu Adeniran released this afternoon

“It would be recalled that working on actionable intelligence, the Kogi State Police Command personnel and Federal Special Anti-Robbery Squad trailed and arrested two suspects KABIRU SAIDU a.k.a OSAMA “31 YRS” and NUHU SALISU a.k.a SMALL “25 YRS” on the 19th January, 2018 at Ogojueje in Dekina Local Government Area of Kogi State.

During investigation, they confessed to the various criminal roles they played in the commission of several kidnappings and Armed Robbery in different towns across Kogi State and its environs for which they have been on the wanted list of the Police for more than two years now.

He further revealed that Senator Dino Melaye handed over a bag containing one (1) AK47 rifle, two (2) Pump Action guns and the sum of four hundred and thirty thousand naira N430, 000.00 to share with his boys.

Consequent on this indictment on the Senator, The Nigeria Police Force, sent a letter of investigation activities/invitation dated and acknowledged on 2nd March, 2018 addressed to the Senate President, Federal Republic of Nigeria informing and requesting him to release Senator Dino Melaye to report to the Police on the 7th March, 2018 to answer to criminal offences of Conspiracy and Unlawful Possession of Prohibited Firearms levelled against him, and another separate letter was equally written in this regard, this was to enable the Police Investigation Team carryout a discreet and thorough investigation into the case. But Senator Dino Melaye refused to honour the Police invitations.

Sequel to his refusal to honour Police invitations, he was therefore watch listed through the Nigeria Police INTERPOL Office and in compliance to the INTERPOL’s “Watch List”, the officers of the Nigerian Immigration Service intercepted and collected his International Passport from him at the Nnamdi Azikiwe International Airport, Abuja. While this was on, he snatched the Passport from the officers at the Airport and bolted away to his house.

In furtherance to this, the Police obtained a warrant of arrest and trailed him to his house at Maitama, Abuja and cordon off the place. He however surrendered himself to the Police this morning, 24th April, 2018 for investigation on the allegations against him.

The Nigeria Police Force will continue to sustain the Rule of Law and maintain Law and Order throughout the Country.”

Continue Reading
You may also like...
Related Topics:dino melaye, npf