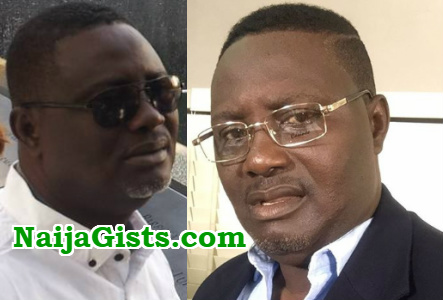 December 23, 2017 – Yoruba Actor Antar Laniyan: Why They Call Me The Dreadful Tiger

You largely appear tough in movies and you stand a risk to be interpreted that way in real life situations, doesn’t that bother you?

We both know that it’s unfair to think that I’m what I act in the movies. Actors are like politicians, they say what they’re paid to say. I follow the guide of the director. I don’t just stand in front of the camera to say rubbish; I would not play a rich man like a gateman. I must interpret my role the best way I should. If I give you my son’s phone number, the young man would tell you that I’m his best friend in the house.

If you phone the one in Dallas, he’d also tell you that ‘we’re happy when dad is at home.’ They’re just two boys and I’m the third boy, so when I get to the house we play like three boys in the house. You see, when I’m working, I let discipline guide me. I don’t want to know if you’re befriending a producer, all I want to see is a disciplined actor on my set. 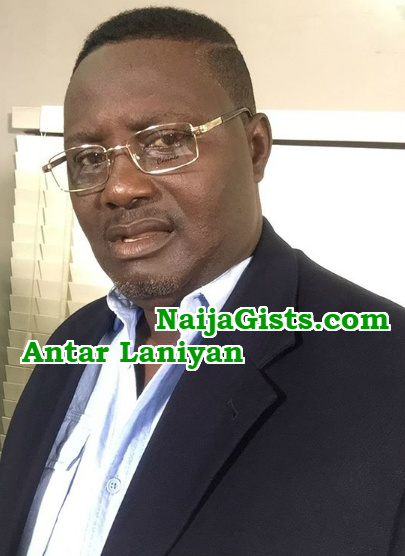 I’ve not come to the location as a director to wine and dine, I’ve come to work like a soldier who’s at the battlefront ready to fight a war that he must win. You’d find out that it’s the same tongues that had said you were a fine actor that would turn back to say you’re no longer doing well. And I don’t want that. I want to be evergreen. I don’t want to be a flash in the pan.

When did you actually start acting?

I started at 14. When I was doing Movie Fingers, I was like 19 years old. I was playing an old man who had no job and people were surprised because of my age. They didn’t know it was make-up.

What have you done to remain relevant?

It’s discipline. If you don’t think that as an actor you must have a legion of women in your life, you would be relevant because you would concentrate. I directed Super Story for close to 10 years and no woman entered my room in the camp. Ask anybody, ask Wale Adenuga too.

Were there no amorous advances towards you from ladies?
There were and that’s why they call me ‘Ako-ta-giiri-ekun’ (the dreadful tiger), they would tell you as a lady not to give me face, they would have forewarned you that I would slap you. I’m not wicked, I just want you to do what you’ve come to do. You don’t have to give me anything to gain what you do not deserve. 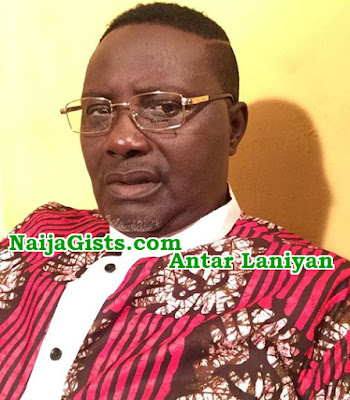 Shouldn’t you have considered a place in the military with your stand on discipline?
Of course I did think like that. I knew it was the soldier thing setting in. If I joined the military, I would have taken part in a coup, arrested and fired. That’s because I wouldn’t be able to condone indiscipline and with arms and ammunition, you’d plan a coup.

As a 14-year-old boy, you would have been susceptible to peer-pressure, how were you able to survive on firm principles?

There was a switch, after secondary school, my principal called me and asked what I would like to become in future and I said ‘a soldier.’ He said I think you should go for theatre arts, look at my office filled with awards you won for the school. But the man is not alive today to see what he’d predicted.

Ben Tomoloju who used to act as a judge was also at some point in The Guardian and The Punch Newspapers- the man asked me never to waste my time doing anything other than theatre arts.

He said my principal was right. And I went to study theatre arts at the University of Ibadan and here I am today. I am not rich but I’m fulfilled.

Some of us were thrilled by your acting in the movie, Hostages, which was of course an era-defining masterpiece from Tade Ogidan, but after that, you’ve been more visible in Yoruba movies…

Whether you believe it or not, when I joined the Yoruba movie industry, there was a need for people to come and develop the sector.

Many used to think the Yoruba film industry was for the dregs and the illiterates, but you can see today how many graduates we have. And yearly, we have influx of well-educated people joining us. I still do a few English movies. And Hostages is a fantastic movie I’d love to catalogue. When I met Tade Ogidan in the US, I asked about it but he sounded like it wasn’t documented.

There are fantastic works from Ogidan, Tunde Kelani and many others that I keep in my archives. And I still want some which are sadly nowhere to be found now.

Most Scandalous Nigerian Celebrities In 2017: Tonto Dikeh, Mercy Aigbe, PSquare, Davido Top List
Actress Anita Joseph: I Get Advances From Men Daily Because Of My Butt