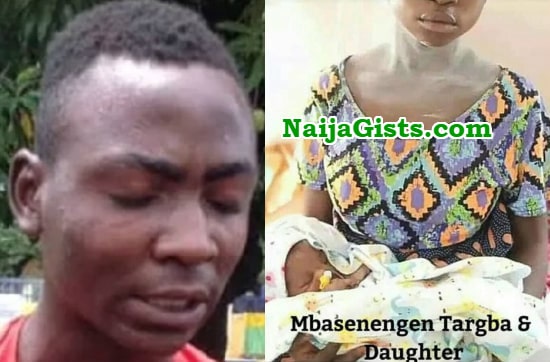 10-year-old Mbasenengen Targba is getting set for what motherhood entails at an age she is supposed to be in school like her age mates.

Her journey to motherhood was traceable to herdsmen attacks in Benue. She lost her father when she was barely three and her mother who ought to cater to her needs left her to remarry. Hence, the responsibility of taking care of her fell on her grandmother living at Mbagwe council ward in the Guma Local Government area of Benue State.

It was while the girl was living with her grandmother, helping her on the farm that Fulani herdsmen struck and displaced the villagers. They, alongside some others, were taken to an internally displaced persons camp at Jor-fada mission ward, North bank, a suburb of Makurdi, the state capital. It was at the camp that she was allegedly raped.

The Jor-fada mission is an informal camp housing internally displaced persons who couldn’t find accommodation in the designated state IDP camps because of overpopulation.

The girl’s paternal uncle, Zaki Iornja, told our correspondent during an encounter that he moved to Makurdi with Masenengen after the herdsmen attacks on Mbagwen community.

Also, a member of the coalition of Civil Society Organisations in Benue State, Adakole Inalegwu, who first facilitated the movement of Mbasengen to the General Hospital, North Bank, Makurdi, who spoke with SATURDAY PUNCH after the encounter with Iornja, said Mbasengen once stayed with Iornja.

The girl’s exact age is unknown but Iornja said she was born before her father died 10 years ago. “Mbasengen’s mother has since remarried, “Iornja said.

He stated that when it was discovered that the little girl was pregnant, she refused to disclose who was responsible for the pregnancy. 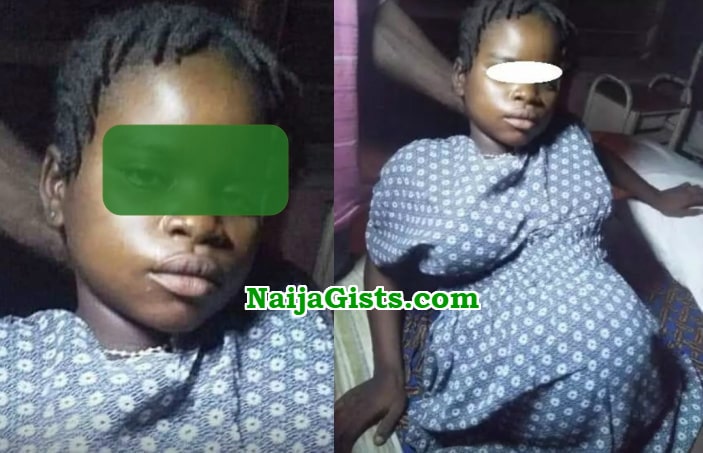 Iornja added, “Throughout the period of the pregnancy, the girl didn’t disclose the identity of who was responsible for it. She refused to tell us who did it. It took extra efforts to get her to reveal the identity of the person.

Another of the girl’s relative, who spoke on condition of anonymity, said when Mbargwen people were returning to their ancestral home, the little Mbasengen also went back with her grandmother.

The relative said as soon as they returned home, her grandmother through the consent of Mbasengen’s uncle persuaded her to marry a blind man in the community with the pregnancy.

“But Mbasengen refused to marry and upon her refusal, the grandmother chased her away from the house and she decided to return to her uncle’s house in Makurdi who also allegedly threw her out to search for the person responsible for her pregnancy. That was when Mbasengen went to Terfa Taba, who impregnated her,’’ the relative stated.

Also speaking, Inalegwu said when the news of Mbasengen’s pregnancy became known, nobody in the community bothered to ask whether it was the man she was earlier asked to marry that got her pregnant or to report her case of an impregnated minor to the police until last Sunday (August 4) when the girl went into labour in the community.

He added, “And because she is a minor, nobody was ready to assist her to deliver because of fear. It was one of the community members who suggested that instead of leaving her to die in that condition, I should be contacted for assistance or she should be taken to a government hospital for medical attention.

“Eventually, she was taken to the General Hospital, North Bank Makurdi, where it was established that the girl was in severe labour and the doctor asked someone to sign an undertaking before she would be assessed. But nobody did that, not even her uncle who followed her to the hospital.

“It was then that it occurred to me that I should call other members of the coalition of civil society groups and draw the attention of Ukan Kurugh and her picture in her condition was posted on Facebook.

“It was in that process that other civil society groups came and took over the responsibility and requested that the girl should be transferred to another hospital. She was taken to Foundation Memorial Hospital, Makurdi. She was successfully delivered of a baby girl through caesarian section.”

‘She was in labour for three days’

When our correspondent visited the Foundation Memorial Hospital on Wednesday, security men were stationed there to curtail the movement of persons who thronged the hospital to catch a glimpse of the girl and her baby.