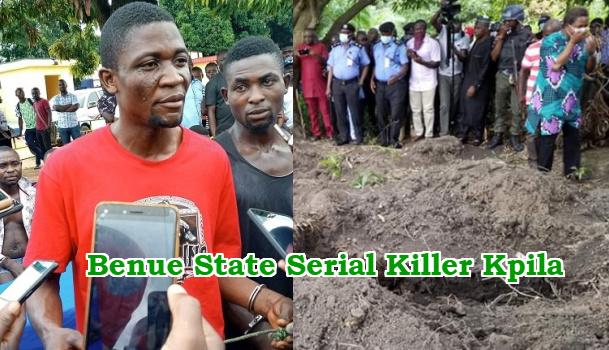 In his confession, the kidnap kingpin said he killed all his victims for spiritual power and money.

He took police to a mass grave and cassava farm where his 16 victims were buried.

Kpila disclosed this today when he was paraded before news men alongside other members of his gang by state Commissioner of Police Mukaddas Garba.

His 6 other gang members were also paraded today.

Here is his confession.

“We will tell Okada riders to drop us at a certain location and immediately we reach there I and my gang members will grabbed the victim and strangulate him with a rope, dig a grave, bury them and plant cassava on top of the grave, thereafter we sell the machine to a buyer”. 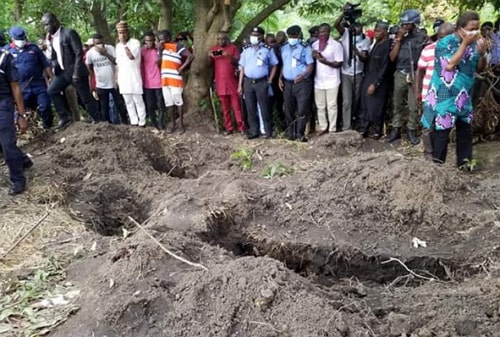 He said he had been killing for rituals, money and mystical power, adding that that “the ‘Queen’ who is a spirit told him to kill about 18 persons before he will have powers to appear and disappear.”

Even though he claimed to have operated in Ushongo for three months, but bodies exhumed seems to have been buried for more than a year.