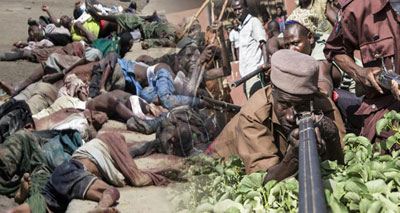 At least 150 terrorists died on Tuesday during an operation launched by the army and local hunters in Adamawa State.

According to military sources, 36 women and their children were rescued during the operation carried out along Ser-Jaji adamawa border communities of Madagali- Gwoza.

Sophisticated weapons were recovered from the terrorists.