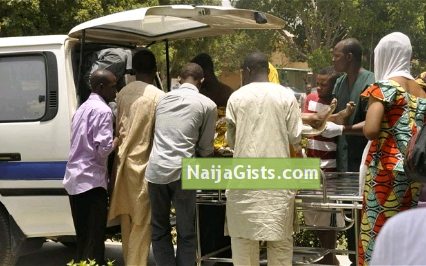 26 people have been feared killed and several others critically injured following a Boko Haram attack on a village in Madagali Local Government Area of Adamawa State.

Our correspondent gathered on Tuesday that the insurgents, riding motorcycles, stormed the Kudakaya village in large numbers around 7pm on Monday.

A local vigilante member said, “Many victims fell to the attack. I saw corpses of 26 people and there are several others that were critically injured and taken to hospital.”

A former chairman of the Madagali LGA, Abawu Ularamu, supported the anonymous vigilante member’s account, and added, “They (Boko Haram) burnt several shops and many homes. They also stole food items. As I am talking to you now, we are living in an atmosphere of despair and agony for this attack. Over 20 people were killed while many were injured and rushed to hospital.”

He said the insurgents must have arrived the community from Sambisa, a forest in neighboring Borno State dreaded for being a hideout for Boko Haram despite its supposedly having been cleared of the insurgents by soldiers.

‘’There is no doubt the attackers came from Sambisa. We experience such periodic attacks from Boko Haram, who usually look for food. They are not far from us. Any slight opportunity, they may strike again,” he said.

The Adamawa State Police Public Relations Officer, Othman Abubakar, confirmed the attack. “Yes, I was briefed that members of the dreaded Boko Haram insurgents have attacked the village.”

Madagali has since just before the March/April elections been frequently attacked by Boko Haram. It shares the bad luck of being haunted by the insurgents with nearby Michika LGA. Together, they are the two LGAs in Adamawa State that have been attacked by Boko Haram a number of times in the last couple of months.