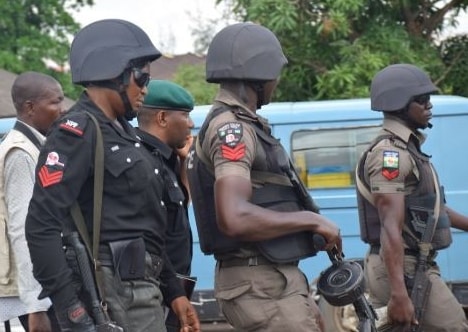 The presiding judge, Justice Ifiok Ukana, found the policemen guilty of conspiracy in the murder of Mr. Felix Akpan of Ibiakpan in Ibiono Ibom Local Government Area of Akwa Ibmo State. The incident occurred on Abak Road by Federal Secretariat, Uyo on October 16, 2016 when the policemen on patrol fired at the motorcyclist, who refused to stop when they accosted him for operating at the prohibited area of the city. The killing caused public outrage leading to the arrest and prosecution of the policemen.

The convicts admitted that one of them fired at the motorcyclist because they were attacked by mob while attempting to arrest Akpan. But in his submission, Justice Ukana said there was no evidence that the policemen acted in self-defence as they were not attacked by the fleeing cyclist or any mob.

The judge noted that the decision of the policemen to flee from the scene of the incident after the shooting showed that they were united in their intention to kill Akpan. According to him, the law is clear on the penalty which awaits any person who commits or conspires to commit such heinous crime whether principal or accessory to the crime.

The judge prayed God to have mercy upon the souls of the convicted policemen.