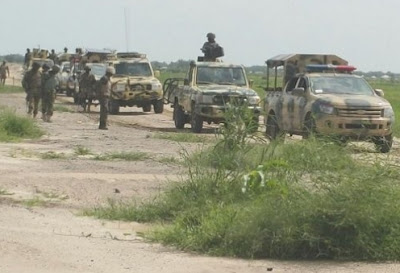 The troops have arrested another nine suspects said to be aiding the Boko Haram sect in the North East Zone, bringing the number of those caught in the last two days to 30.

According to a statement issued on Tuesday by army spokesman, Col. Sani Usman, the suspects included two officers, two soldiers, two policemen and 26 civilians.
Usman said that investigation carried out on the 21 suspected collaborators and saboteurs earlier arrested led to the nabbing of the nine.

“Many more suspects would be arrested and prosecuted based on evidences against them and level of culpability,’’ he said.

Usman described the suspects as “unpatriotic elements’’ whose acts were “likely to jeopardise’’ the collective efforts of clearing the remnants of Boko Haram terrorists.

He advised members of the public to report any known or suspected illegality with regards to Operation Lafiya Dole to security agencies.