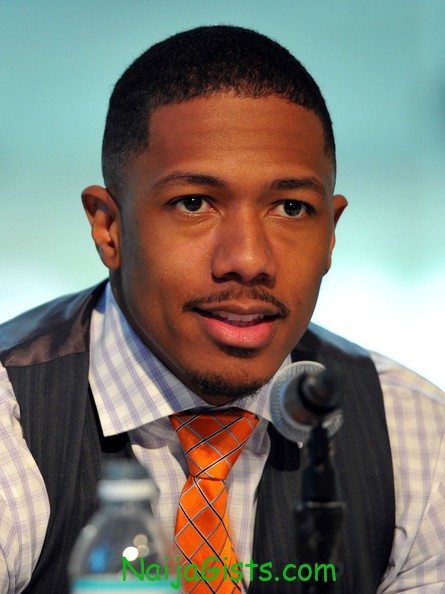 The present of America’s Got Talent Tv show, Nick Cannon, who was reported diagnosed with kidney failure has been airlifted from his hospital bed in Aspen, Colorado to a Los Angeles hospital for further treatment.

The 31 year-old father of two, who was diagnosed with “mild” kidney failure is said to be in high spirits, and broke the news to his followers via a tweet: 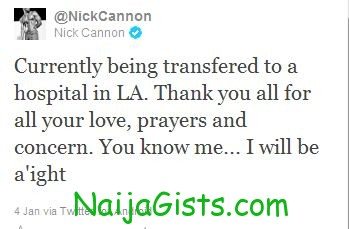 Later in the day, Nick tweeted a picture of him getting a haircut with the caption getting back to business. 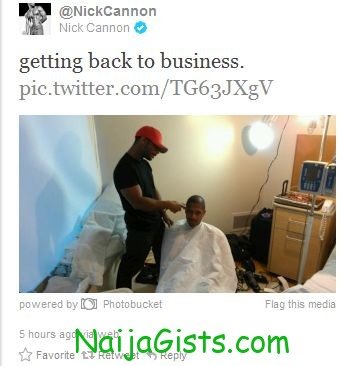