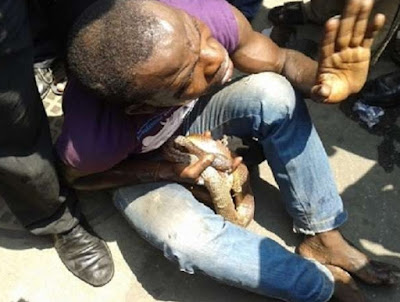 The command added that the suspect also fed the dogs with the boy’s arms and buried the other parts.

Here is what a police prosecutor in charge of the case told reporters yesterday:

“When information got to the police about the killing, we moved quickly. But before we got there, he had exhumed the body. We met him while he was doing it …at the particular point. We were able to get the skull of the 14-year-old lad from him.

“Having conducted an autopsy on the boy’s body, the police deposited it in the mortuary. The man has confessed to the crime and he has been charged to court.”